An Object Lesson in How Not to Use Technology 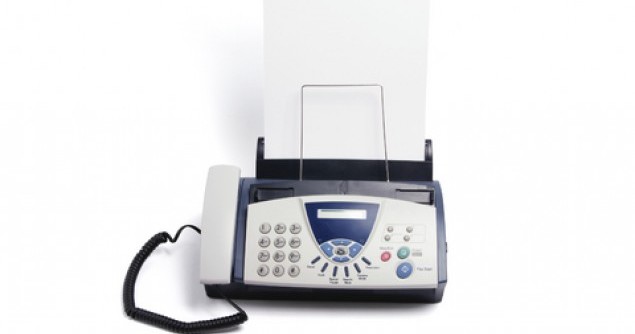 We changed healthcare insurance providers about a year ago, the new ones being cheaper but – as it transpires – infinitely more annoying. I’d say something like ‘yer pays for what yer gets’ but experience tells me this is rarely actually the case.

One of their more endearing quirks is requesting a medical report for every claim. This means a call to the provider to request the report and then a traipse down there to pick it up. It’s yet another Little Job You Don’t Need.

Imagine my glee, then, when the American Hospital’s medical records people called to say the report was ready, they could send me a request form to fill out and send back and they would then email the medical report to me. We had, it appeared, finally emerged kicking and crying into the digital age.

This was nothing compared to my rapture when the form arrived gleaming and simply buzzing with potential in my inbox. This wasn’t any old form – this was an Adobe EchoSign form. For those who haven’t come across EchoSign, it’s a cloud-based service that allows you to fill out and digitally sign forms and contracts, validating your identity via Adobe’s server. It’s smart, neat, secure, highly convenient and – for a Gulf-based organisation, incredibly leading edge. Impressed to bits, I filled out the electronic form and digitally signed it, then sent it back.

You know what’s coming, don’t you?

Yes sir, we are. The form needs your signature.

I cannot begin to tell you how angry it made me. I don’t know why, really. It’s just yet another example of technology being used muckle-headedly, we see them every day. It’s yet another example of an organisation not ‘getting it’, but we see those every day. I should be used to it, inured to it. I should shrug it off with a ‘Pfft, another one’. I managed to wend through an entire morning of insane, time-wasting governmental bureaucracy getting my ISBN number last week giggling all the way. Why, then, did this little piece of idiocy reduce me to apopleptic, towering rage?

I’ve come to the conclusion I need a holiday.