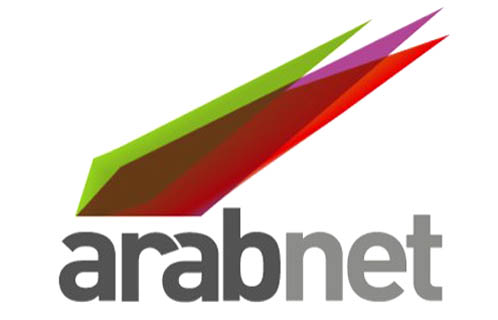 I just thought I’d post a quick update about ArabNet – many others have posted a great deal more about the event than I could and probably made more sense, at that…

I went to the event with high expectations and they were, in the main, met, matched and knocked out of the field. This is now established as a crucial regional event and one of two or three that are truly not to be missed if you care about the online, digital, mobile and innovation businesses. I didn’t attend the first day of the event, the Developer Day, because I stopped being an ‘under the bonnet’ kind of guy back in the 1980s – instead we lolloped up into the mountains for some tourism before lounging around Beirut taking in the sights.

The first day of the two-day ArabNet Shift Summit started off with a keynote session from Ministers and the like. This, I avoided. I attended it last year and may attend it next. But once every two years is enough. I’m told that someone Ministerial promised Lebanon 20 MegaWatt broadband, which sort of explains a lot of things including, perhaps, why there was no Internet access in the hall for much of day one.

The irony of this is obviously exquisite, but hard to appreciate when you’ve got documents to send and video footage to upload, let alone a Twitter account to feed. One daft omission was there were no power cables to the classroom style seating in the room, which meant those of us old-fashioned enough to be using a laptop were pretty well banjaxed quite early on.

This was something ArabNet had got right last year, you can only assume it fell victim to the vastly extended scope of the event as a whole. Both the Internet and power plug issues were fixed for the afternoon sessions – a lovely example of how an event management team that’s aware of what Twitter’s saying can react fast and put stuff right.

The Ideathon pitches (a new idea pitched in two minutes to the crowd) were immeasurably stronger than last year, with a number of viable and exciting ideas being put across really well. One presenter (let’s not forget these guys were mostly first-time presenters) stumbled only to be clapped on by the crowd. It was a real feel-good moment.

The event ran very late indeed, to the point where the Startup Demos, meant to be in the morning session, had to be put back to the afternoon. This also meant that the whole process of splitting the hall into two for the afternoon breakout sessions would have to take place after lunch, too. The Startup Demos are pitches for early finance from businesses that have already commenced operations and are given five minutes each. In the event, many got way more than this (at least, that’s how it felt) but again the quality of stuff we were hearing about was way in advance of last year – some really, really cool ideas came across and I’d find it hard to single out any one Startup Demo as unworthy of funding.

My favourite Startup Demo was undoubtedly Jordanian online bookstore Jamalon, which is building a viable regional book publishing, delivery and fulfillment business that is mindful not only of the challenges of ‘e’ for publishers, but actually represents a viable and well-conceived solution to this and also to the issue of fostering content creation and a stronger reading habit in the region. This one, I felt, could be important. Some old pals took to the stage, too – the ishopaholic team were there, sharing the app that had seemed so engaging when we played around with it on the Dubai Today show a few weeks back.

I moderated two sessions after lunch, one on mobile and one on group buying. I had a lot of fun myself and so far there have been no written complaints or lawsuits, so let’s assume they went well enough. The panelists, like the speakers we had heard in the morning session, were people with authority, background and something to contribute – a real treat in these days of commercially-led conferences filled with sales pitches and corporate rhetoric trotted out by sales execs trying to sound like they would know an innovation if it smacked them on the back of the head. No, these speakers were quality – although if TechCrunch’s Mike Butcher had told us how very busy and important he was once more, I was ready to storm the stage.

The long and the short of it is that ArabNet was once again brilliantly organised, with a few minor hiccups creeping in because of the vastly ambitious scope of this year’s event, and is a must for anybody – and any company – interested in the Middle East’s fast-growing digital economy. A caveat – Spot On was involved in supporting ArabNet’s PR efforts, so I could be accused of bias in these views.

There’s a very real sense that innovation-driven businesses are starting all over the region, at least partly influenced by the new sense of responsibility and opportunity being felt in the light of the events taking place all around us today.