Applause For the UAE’s Telecoms Regulator 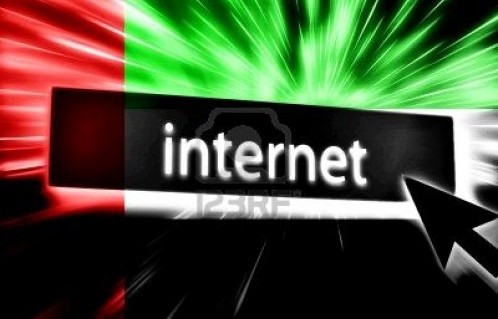 You may remember this post last week, in which I noted that the UAE’s TRA, or Telecommunications Regulatory Authority was making efforts to get onto social media. They had arguably got a tad ahead of themselves by suggesting that everyone else might like to have a go at ‘getting social’.

Finding the TRA on twitter, I rather grumpily asked, “Is there any move to regulate against the currently unusually high broadband charges levied by operators in the UAE?”

The TRA Tweeter duly directed me to their online query form. As I hadn’t had my cup of tea that morning and was feeling unusually quixotic, I repeated my query on that form. You can find the TRA’s query form here. It does ask for rather a lot of data from you, but then I suppose that could help to cut down frivolous inquiries from grumpy smart-alecs who haven’t had their tea. I had absolutely no expectation of getting an answer back from them and, in fact, had forgotten all about it and moved on – specifically, I went and made a cup of tea.

Nestling in my inbox this morning however was the response below:

Thank you for contacting the TRA

The TRA does not directly set the retail prices for Telecommunications Services in the UAE. Retail prices are set by the licensees and approved by the TRA. This is because information relating to the cost of each service is best known by the operators themselves. The TRA believes that retail prices will fall as competition increases. To that end, the TRA is currently mediating negotiations between the licensees for each operator to share the other operators network. This will allow Etisalat and du to compete in the provision of fixed-line services on a national basis. The operators are at an advanced stage of testing the enabling technology and systems and the TRA expects competition in the provision of Broadband services to start at the end of this year. The TRA further expects that such competition will result in a decrease of the associated retail prices. This type of service based competition (as opposed to infrastructure based competition) is common in telecommunications regulation and will result in consumer choice.

Hopefully, the above clarified your inquiry.

And that, ladies and gentlemen, impressed the cotton socks off me.