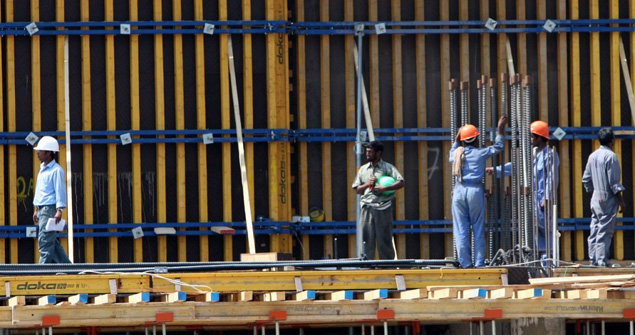 International trade unions have charged in a complaint to the International Labour Organization (ILO) that Qatar’s refusal to allow migrant workers to freely unionize violates international standards and is responsible for the Gulf state’s high rate of workplace deaths.

The International Trade Union Confederation (ITUC) and the Building and Woodworkers’ International (BWI), which claim to represent 175 million workers in 153 countries, have threatened to launch a global boycott of the 2022 World Cup if its host, Qatar, fails, to comply with internationally recognized labour standards.

Qatar is expected to import up to 1 million migrant workers to work on infrastructure projects linked to the hosting of the World Cup. The Qatar 2022 World Cup organizing committee has said that it will ensure contractors adhere to international labor laws.

Qatar has repeatedly denied that it exploits foreign labour. “The Ministry has received no complaint of forced labour and it is inconceivable that such a thing exists in Qatar as the worker may break his contract and return to his country whenever he wishes and the employer cannot force him to remain in the country against his will,” the ministry said in a letter in June to Human Rights Watch in response to a damning report by the group.

Nonetheless, Qatar has rejected ITUC demands that workers be allowed to organize and move freely and abolish its sponsorship system. Instead, the Gulf state has said it would establish government-controlled workers’ councils and replace sponsorship with a system of contracts between employers and employees that does not give workers full freedom to seek alternative employment.

In a statement, the two unions said that migrant workers account for 94 per cent of Qatar’s workforce. The trade unions have over the past used the average 200 deaths a year of Nepalese workers as their prime example.

“An event like the World Cup should be an opportunity for a wealthy nation like Qatar to modernize its social framework – and we will be putting all pressure we can to ensure that workers’ rights are improved as a result of the event,” ITUC General Secretary Sharan Burrow said in the statement.

In a call entitled ‘Qatar: Do the Right Thing’ on Equal Times, the news website of the ITUC, the union says: “Don’t let your World Cup team play in a shamed stadium. Help us fill the stadium now, and send a message to Qatar that there will be no World Cup in 2022 without workers’ rights.”

The union asserts that “1.2 million workers in Qatar are prohibited from joining a trade union, in violation of international rights to freedom of association and collective bargaining….We want people to know about the problems facing workers in Qatar, where more people will die building the World Cup infrastructure than will play in the World Cup…Local laws in Qatar stop migrant workers from forming a trade union, collectively bargaining for better wages, and healthy and safe work.”

The trade union demands go to the heart of the largest threat to several of the wealthy Gulf states: the demographic time bomb. Qataris like Bahrainis, Kuwaitis and Emiratis constitute a minority of their country’s population and fear that any concessions that would give expatriates and migrant workers a stake in society could jeopardize their national identity, privileges and culture.

The fear explains among other things why soccer matches in those countries are played in relatively empty stadiums. Local soccer clubs target only nationals rather than foreigners as fans because this would give non-nationals a further interest in their host nation.

Clubs in the UAE recently offered to pay fans approximately $13 to attend matches in a bid to attract nationals to the stadiums and have promised them bonuses if they “have performed for admiration, sung, applauded and cheered throughout the match,” according to M-Magazine. Coaches have been appointed to help fans who find cheering and singing difficult.

In responding to the trade unions, the Qatari government is walking a fine line between projecting the Gulf state as a cutting edge 21st century nation and local concerns that the country’s Islamic norms could be jeopardized by complying with what are perceived to be Western standards. Reuters recently quoted Salma, a 25-year-old Qatari, as saying: “We welcome the expats, and we want them here. But we will not permit any disrespect to our religion or culture. This is your home, for now. But it is our home forever, and we will not bend to your ways.”

Qatari emir Hamad bin Khalifa al Thani, unlike the rulers of Bahrain and the United Arab Emirates, sees sports not only as a business and diplomatic leveraging opportunity but also as a pillar of Qatari national identity at the risk of sports sparking radical social change. The conservative Gulf state alongside Brunei and Saudi Arabia was pressured earlier this year to field for the first time women athletes at the London Olympics.

Fear of social change in the world’s only country alongside Saudi Arabia that adheres to the puritan interpretation of Islam of the 18th century warrior priest Mohammed Abdul Wahhab albeit in a less strict application has already prompted protests by conservative elements.

Critics, including members of the royal family, have questioned the emir’s authority to authorize the sale of alcohol and pork to foreigners. The criticism has led to a banning of alcohol on a man-made island largely frequented by expatriates, a decision to make Arabic rather than English the language of instruction in education at Qatar University and a boycott last year of Qatar Airways.

A recent campaign with posters and flyers in malls and other public places, organized by a civic group, aims to ensure that expatriate women dress modestly in public in line with Islamic tradition. In response, the government has thrown a bone to conservatives by naming a huge newly constructed mosque after Mr. Wahhab.

For now, the criticism does not threaten the government, which has been spared the public protests that other states in the Middle East and North Africa have witnessed. It is likely to be able to contain opposition as long as it able to ensure that Qataris are among the world’s wealthiest people and is seen to be defending the Islamic nature of their state.