Wikileaks: History Lessons for the Stupid 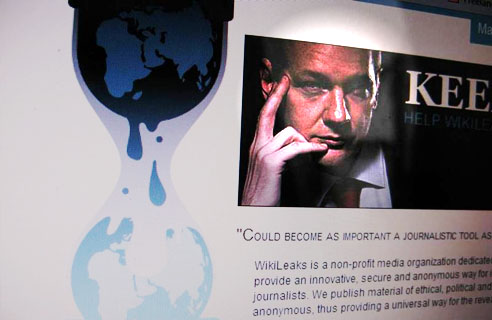 Gideon Rachman at the Financial Times says WikiLeaks founder Julian Assange deserves a medal rather than prison. “He and WikiLeaks have done America a massive favour,” he writes, “by inadvertently debunking decades-old conspiracy theories about its foreign policy.”

He’s right. And I suspect Rachman’s tongue is firmly planted in cheek when he says Assange should be rewarded. If the United States wanted all that information made public, the government hardly needed his help getting it out there.

Anyway, Rachman points out that many rightists in China and Russia, and leftists in Europe and Latin America, assume that whatever American foreign-policy officials say in public is a lie. I’d add that Arabs on both the “left” and the “right” do, too. Not all of them, surely, but perhaps a majority. I’ve met people in the Middle East who actually like parts of the American rationale for the war in Iraq — that the promotion of democracy in the Arab world might leech out its toxins — they just don’t believe the U.S. was actually serious.

And let’s not forget the most ridiculous theories of all. Surely somewhere in all these leaked files there’d be references to a war for oil in Iraq if the war was, in fact, about oil. Likewise, if 9/11 was an inside job — or a joint Mossad–al-Qaeda job — there should be at least some suggestive evidence in all those classified documents. If the U.S. government lied, rather than guessed wrong, about Saddam Hussein’s weapons of mass destruction, or if NATO invaded Afghanistan to install a pipeline, this information would have to be written down somewhere. The State and Defense department bureaucracies are far too vast to have no records of what they’re up to.

Conspiracy theories, though, as someone once said, are history for stupid people. Those who actually believe this stuff — whether about American foreign policy, the president’s birth certificate, or whatever — think the historical record is part of the con job, that anyone who debunks the conspiracy is either deluded or in on it.

Read the rest in Commentary Magazine.