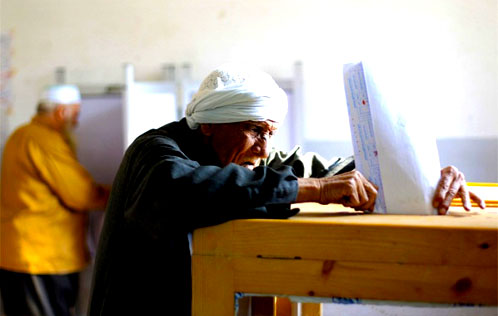 The Muslim Brotherhood received a little over a third of the votes in the third round of elections for the lower house of parliament. Since the fundamentealist Nur (Light) Party, backed by the Salafis, also did well, Muslim religious parties will have a majority in the new parliament.

There are four reasons for which this victory of the Egyptian equivalent of the Tea Party does not necessarily imply that Egypt is turning into another Iran.

1) The Brotherhood is much more moderate than the Salafis and probably will not seek a legislative coalition with the latter. This skittishness about the Salafis derives both from a desire not to be tarred by the brush of religious intolerance and by the difference in the two traditions (the Muslim Brotherhood is much less hostile to traditional Egyptian Muslim practices such as attendance at saints’ shrines or Sufi spirituality). Therefore, the Muslim Brotherhood is saying that it prefers to partner with parties such as the secular Wafd in forming a governing majority rather than with the Salafis. The Wafd has many Coptic Christian supporters. A Brotherhood-Wafd alliance would resemble the government in Tunisia.

2. Power still resides in the presidency in Egypt. Until a new president is elected, the officer corps says it fulfills that function.

3. The ruling Supreme Council of the Armed Forces is under no obligation to appoint a prime minister from the largest party in parliament. SCAF has indicated that it will retain Prime Minister Ganzouri, a secularist, as prime minister, regardless of the outcome of the elections. Thus, unlike in Europe, where the parliamentary majority chooses the prime minister, in Egypt there can be a disconnect between the PM and the parliament’s majority.

4. The military will appoint 80 of the 100 members of the constituent assembly that will draft the new constitution. That the Brotherhood and its allies will have a majority in parliament is irrelevant to the draft.

The ameliorating factors in Egyptian politics that forestall a Muslim Brotherhood majority from ruling high-handedly may not last very long. The Brotherhood now has a popular mandate, after all. And, they are anti-democratic in giving so much power to unelected officers. But until SCAF is sent back to the barracks, assuming that can happen, they do prevent the Brotherhood from instituting a theocracy.