The Reasons Why Saudi Arabia Will Not Fall 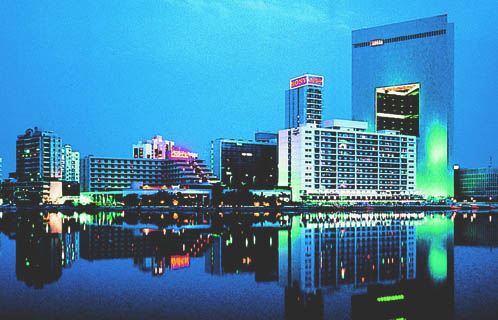 One of Saudi's most progressive cities, Jeddah

Western foreign policy analysts are engaging in a bit of wishful thinking that Saudi Arabia is ripe for a revolution.

Conventional wisdom has it that the Kingdom will follow the fall of the Tunisian and Egyptian governments. With protests continuing in Bahrain and Muammar Qaddafi’s Libyan government in its death throes, Saudi Arabia future is said to be shaky.

Yet western analysts who compare Saudi Arabia to its neighbors fail to consider that not a single Arab country threatened with anti-government protests is in the same league as the Kingdom. Saudi Arabia doesn’t come close to the crimes perpetrated by Hosni Mubarak, Zine El Abidine Ben Ali and Qaddafi on their people.

That’s not to say that Saudi Arabia is without severe problems, not the least of which is women’s rights. Religious conservatives continue to wield a club to keep Saudis in check. The unemployment rate is at least 10 percent and perhaps as high as 20 percent. Thousands of young Saudi men and women returning with degrees from foreign universities have no job prospects. Only 10 percent of the Saudi population owns their own homes. The judicial system is mired in tribal customs and the abuses of male guardianship have put a stranglehold on women’s ability to find employment or travel.

Yet the Saudi government recognizes these critical issues. On Tuesday, the Saudi government announced a new wave of benefits for its citizens. For the first time, the government agreed to establish unemployment allowances up to one year to help Saudis find jobs. University students studying abroad at their own expense will now receive scholarships. SR 1 billion ($266.6 million) has been added to the social welfare rolls. SR 14 billion ($3.7 billion) will be available for home loans. The government also announced Tuesday that it is setting aside SR 10 million ($2.6 million) to fund literary clubs and licensed NGOs.

Saudis generally lead comfortable lives. Saudi Arabia is the most prosperous country in the Arab Gulf and North Africa. It produces 8.3 million barrels of oil a day. Its middle class is large, albeit shrinking, but government services are first class. Saudi Arabia provides free medical care and hospitals are staffed with top-notch physicians. The Kingdom is the “go-to” country for surgeries to separate conjoined twins and it ranks in the top five countries for medical tourism. Further, it hosts an estimated 2.5 million pilgrims each year and few Muslims are willing to jeopardize their ability to perform Hajj.

Male and female university students not only receive a free education, but given generous scholarships to study abroad. Studies once closed to women, such as the sciences, are now open.

Although many Saudis fear and even scorn the religious establishment, most notably the Commission for the Promotion of Virtue and Prevention of Vice, their strong Muslim identity encourages loyalty to what they see under King Abdullah as a benevolent government. King Abdullah is immensely popular. He implemented reforms long before the current crises in the Middle East. These reform efforts solidified that loyalty.

Unnoticed in the west is even the deeper tribal loyalty to the royal family. Saudi Arabia is a tribal society with a deep allegiance to the king. A prince, or emir, is responsible for each of the 13 provinces and tribal leaders have access to the emir. In fact, Saudis with a little wherewithal can manage a private audience with an emir to extract a promise or aid in a variety of matters ranging from settling a business dispute to marrying a spinster daughter to a foreigner. This relationship between the average Saudi and the prince creates a bond with the royal family not found in other Arab countries.

Young Saudis have emerged recently as a strident voice against government corruption, echoing similar complaints from their counterparts in Tunisia and Egypt. A recent Facebook campaign organized by Saudi youths demands free elections and a constitution, among other democratic principles, approved by the country’s citizens.

While it’s unclear whether the campaign will gain traction, a bigger concern is the attitudes of Saudi Shi’ites in the Eastern Province. Interior Minister Prince Naif dismissed fears that the Shi’ite community poses a threat to Saudi security. He sees no spillover from the Shi’ite-dominated protests in Bahrain. While Saudi Shi’ites have grievances—there was a small protest in the Eastern Province last week—Saudis remember that Shi’ite leaders visited King Abdullah the day he assumed the throne in 2005 to pledge their support. Since 2005, Sunni sheikhs have met regularly with their Shi’ite counterparts. Shi’ites, who account for about 10 percent of the Saudi population, are also included in the Kingdom’s national dialogue programs. They not only remain loyal to the King but also have a much stronger allegiance to Saudi Arabia than to Iran or Bahrain.

Six months ago, no Arab could imagine that a leaderless, non-religious protest could topple the Tunisian and Egyptian governments. The Saudi government is not taking anything for granted. Arabs have learned that anything can happen in the blink of an eye. But the likelihood of the streets of Jeddah and Riyadh filled with angry Saudis demanding change is remote. Since 9/11, the Saudi government has been intent on reform, but has met resistance from the religious establishment and a patriarchal society that wants its women to remain second-class citizens.

Unlike Tunisia and Egypt in which the governments ignored the will of its people, the reverse holds true for Saudi Arabia. The government, at least under King Abdullah, seeks change. But it first must convince the conservatives to embrace that change.

7 Responses to The Reasons Why Saudi Arabia Will Not Fall