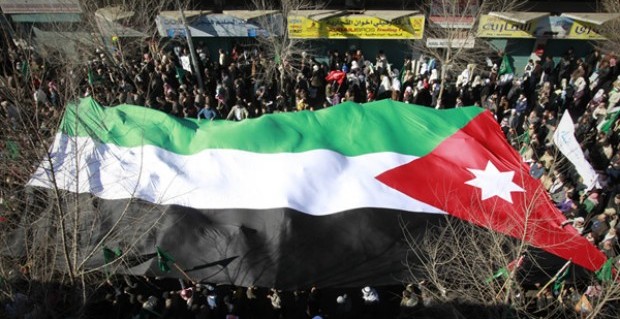 “God help us from those who believe that they are the sole possessors of truth. How we manage at times to agree willingly to become prisoners within our own minds and souls of beliefs and ideas on which we can never be flexible.

“How can we resolve problems if we do not place ourselves in the position of others with whom we have problems? How can we move ahead if we do not have mutual respect for each other, and stemming from it…trust?”

Today, Black Iris finishes its seventh year. It was perhaps the most dramatic and turbulent years in the country’s recent history, and I think a great deal of what I’ve written these past 12 months is a reflection of that. I usually take this time, this day, this post, to reflect on the past. It’s usually a chance for me to see what lessons I can personally glean from my own writings and from the events that have unfolded in the Kingdom these past few years. The only problem is that this past year is so dominant in my mind that it clouds out everything else. In other words, I’m forced to look at the present over the past.

And when looking at the present, I don’t think I’ve ever felt this confused or unsure of things. Reflecting on everything, I’ve actually tried to reduce the frequency of writing on this blog this past year due to the fact that the situation is incredibly confusing. It’s kind of ironic I suppose as I clearly remember many of the days that would pass me by in past years when I’d wish something was going on worth writing about, worth talking about, worth debating. And then 2011 comes along and the words come out all jumbled; the thoughts scattering like birds amidst the confusion.

From protests, to movements, to critics, to government political maneuverings, to parliamentary absurdities, to media blunderings, corruption case after corruption case, a dwindling economic state, statements, tribalism, suspicions, conspiracies, loyalties, thugs,  rallies, pop-patriotism, and more and more and more. Of course, this is to say nothing of the region that surrounds us, and affects us, and manipulates our political landscape unpredictably.

And in the midst of all this…the picking of sides is demanded of us. Everyone wants to know where you stand. Are you “with” or “against”? And for the life of me, I haven’t a clue as to what we’re supposed to be “with” and what we’re supposed to be “against”. But it doesn’t matter. There’s black and there’s white, and you’re supposed to pick a color and stick to it – all in a country that is immersed in a thicket of grey. And when we pick a side, we’re supposed to apparently attack the other side. If we disagree with them, we tear them apart. If we don’t agree with their opinions we’re supposed to insult them, their background, their personal lives, etc. Disagreement is good, but this kind of animosity towards one another is on a whole other level. There’s a game being played on a chess board, and everyone is shifting themselves around to counter the other’s moves. And it is all so, very, very, very tiring.

For the first time in a long time, I cannot see the way forward. And everyday, something seems to happen that reminds of that fact; something that makes the fog around us thicker and thicker.

All this is enough to keep a person from writing. A part of you might want to speak and articulate a thought, but with so many elements at play, with so much polarization, with so much aggravation, so much animosity towards one another, you have to wonder if it’s worth it. If not for anything else, but for one’s own sanity. Perhaps even for one’s own safety. For the sake of not descending in to that dark abyss of cynicism, dispair and hopelessness. One wishes only good things for the country he or she resides in or belongs to, and in one way or another, tries to work towards that. But it becomes incredibly difficult to do this when the light at the end of the tunnel is not only dim, but blocked by so many shadows in the foreground. And those shadows belong to us. All of us. In every statement, every comment, every response, every thought articulated in the public domain – all of it plays a role. We remain our own worst enemy, and this is the worst time in any country’s history to play that role. This is the worst time to become prisoners within our own minds and souls; to be the possessors of inflexible ideas.

With that in mind, the only personal resolve I have when it comes to the future is to try and elevate the debate. Our public discourse has been dragged down so low by the maddening crowd that its probably time to start a new chapter. I’m not demanding consensus, but rather respect. This pillar has been increasingly absent from the public discussion, allowing egos to clash and personal vendettas, suspicions and loyalties to play out instead. I think this country and its people deserve to have a better debate; an elevated discourse. I think we deserve to have a discussion built on respect and not animosity. I think we deserve to grapple with the bigger issues, as tough, complex, grey, sensitive, controversial and confusing as they are – without having to feel like we’re under attack.

I do think it’s time for something better. And that’s my personal resolve this year.

P.s. if you’re wondering who the author of the quote above is – that would be HM King Hussein.