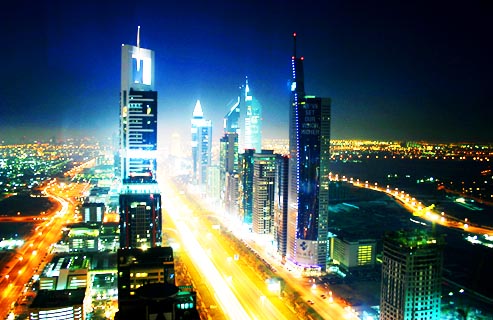 This is an article about the UAE where I live and work, but it could equally be about many of the cities across the Middle East. It concerns entrepreneurship, employment and how easy it is to start a business.

The sad truth is almost universally the answer is it’s not very easy at all.

With a demographic time bomb – a mass of people under the age of 16 working their way towards employment age – governments across the region need to be making their economies as dynamic as possible. Even in the oil rich Gulf pretty soon the public sector is not going to be big enough to mop up the school leavers. In countries like Egypt and Saudi Arabia it’s far more of an urgent issue: youth unemployment is becoming a cause for social unrest.

SMEs in most developed economies account for over 90% of companies and 70% of employment, a figure not reflected in this region which relies on its larger, more protected businesses and quasi government institutions to solve the unemployment issue. In the UAE, one of the most developed economies in the region, SMEs hover around 75% of companies and an even lower percentage of employment.

Over the years the emirates that make up the UAE have started a host of cities acting as hubs for the media, technology, production industries, etc. What any one of them has failed to do is start something as simple as “Incubation City”, a facility for the idea rich, and cash poor to move in to start up and grow their businesses, surrounded by a supporting infrastructure and like minded individuals.

The supporting infrastructure would be as simple as free or low cost space and support for company registrations, visas, etc – all designed to give an early boost to companies that could become big employers in the future.

Sponsors of the city could be brought in that would pay not only to attach their name to such a forward thinking place, but who would have a vested interest to mentor companies. Banks could provide seminars on cash flows and balance sheets in the hope of being bankers of choice for those that make it, VCs could offer management consultancy, in return for being able to get early insight into which companies are likely to earn the biggest investment returns.

Incubation City would not need to be altruistic itself. It could offer low cost loans to companies that work in the way student loans do in the United Kingdom, with payback not beginning until certain revenue targets were hit. It could also act as an Angel – taking a small percentage of businesses using its services that it could later sell on to VCs more interested in investing at a later stage.

For real estate, why not just un-mothball one of the excess commercial towers that has been built?

Interestingly there is greater support for Arabic and GCC citizens within the UAE, and even more for Emiratis. Media hub TwoFour54 an an example will provide funding for small companies run by Arabs – but not for Asians or Europeans. (Even here TwoFour54 tends to go into second stage not seed financing).

I can’t help but feel that kind of nationalism does no one any favours, however. Who cares where someone comes from if they build something locally relevant, that provides something useful and employs people? If great ideas come from Harry Kumar from Bangalore, but who has chosen the UAE as the place to build his dream, isn’t that great for the country?

If Kumar PLC became the next dot com giant, wouldn’t that reflect well on the United Arab Emirates – and do wonders for its local economy?

So far the UAE has paid a lot of lip service to the SME sector. With the global financial crisis it has spent more time working out how to get more from the infrastructure it is building, but as yet done little  practically to catalyse the sector.

That’s a shame. There are a huge number of very bright people in the UAE, a country which has been very successful at bringing in talent from around the world.

The UAE, and again the region as a whole,  has all the right ingredients to begin building a knowledge based economy. It just needs to spend a little less time trying to attract the shiny global brands, and a little more time nurturing the resources – the people – it already has at its disposal.