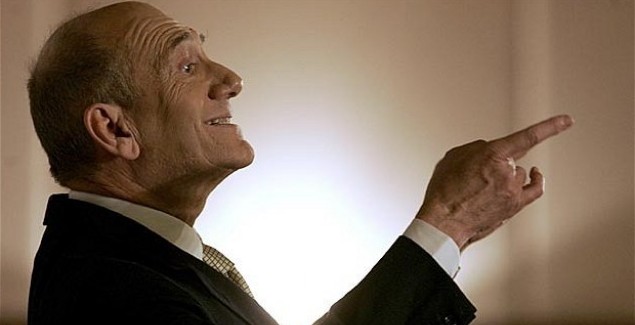 Olmert says American cash knocked him out of office in 2009. He spoke to Christiane Amanpour, and said his peace proposals in 2008 are what unnerved these rich Americans. He won’t name names but he means Sheldon Adelson among others, objecting to any Palestinian presence in East Jerusalem. Remember that Adelson helped found One Jerusalem after the Clinton talks, and gave hundreds of thousands to the Republican Party before the 2000 elections.

Now I’m waiting for Olmert to say what Americans don’t want to hear, that the Israel lobby hurt Jimmy Carter in 1980 and George H.W. Bush in 1992. Maybe that way American media would finally cover this large presence in our politics. Oh and then I want Olmert to complain about the dual loyalty problem of American supporters of Israel. CNN:

Former Israeli Prime Minister Ehud Olmert has said millions of dollars from the “extreme right wing” in the United States helped oust him from government and derailed a peace plan with the Palestinians.

In an exclusive interview aired Friday with CNN’s Christiane Amanpour, Olmert said his attempts to make peace had been “a killer” for him as prime minister.

In 2008, Olmert sought a “full comprehensive peace between us and the Palestinians” – a two-state solution based on the 1967 borders. But the plan was never realized and Olmert was forced from office accused of corruption, which he denies.

“It was a killer for me, not only because of the opposition in Israel. I think that, by the way, in Israel, the majority of the Israelis would have supported my plan, had it come for elections,” Olmert said.

“But I had to fight against superior powers, including millions and millions of dollars that were transferred from this country (the United States) by figures which were from the extreme right wing that were aimed to topple me as prime minister of Israel. There is no question about it.”

Oh and how do you like this for Israeli negotiations:

He said he hoped his successor, Netanyahu, would adopt his peace proposal – which included the division of Jerusalem, which both Israelis and Palestinians claim as their capital – but that so far this had not happened.

One Response to “We Don’t Negotiate With Palestinians”: Olmert’s Truth