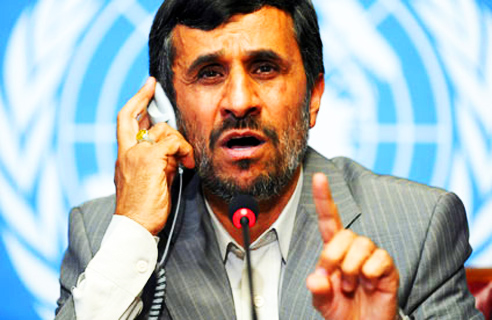 The world is still abuzz over the WikiLeaks diplomatic cables revelations, which have caused both embarrassment and anger in Washington and other major capitals. The press is still sifting through hundreds of thousands of classified US diplomatic cables and every day sheds light on one issue or another.

There are two immediate points which Arab leaders should take note of, regardless of the perceived damage caused by the leaks in some cases. One concerns long-term relations with Iran and the need to chart an independent Arab, particularly GCC, policy toward Tehran. The second is the Palestine Question, which appears to have regressed from being the central cause for the Arabs, at least in the eye of US diplomats in the region, to becoming a marginal or side issue.

The first challenge is enormous and appears to have been underestimated by Arab leaders. Iran’s nuclear ambitions and its attempt to develop fuel enrichment technology away from international supervision is a genuine cause for concern, in the Middle East and elsewhere. But Iran’s diplomatic showdown with the West should not dictate Arab policies. Our relationship with Tehran is much more complex. It involves the long-term security of the Gulf and the region, bilateral relations at different levels, Iran’s involvement in Iraq, Lebanon, Yemen and Palestine and cultural and religious ties. Iran is not an outsider to this region, but a major geopolitical player who is here to stay.

Israel and the West have their own agenda with regard to Iran and its nuclear program. The Arabs should not be followers; they have their own vested interests to protect and safeguard. Their quarrel with Iran centers over specific topics, most of which can be resolved through direct talks and binding assurances.

Certainly the Arabs have no interest in seeing another war conflagrate in the Gulf region. We are yet to see an end to the wars in Iraq and Afghanistan. And if a military confrontation, with incalculable risks and outcome, does break out between Iran and the West, the Arabs should resist being sucked into it.

Instead the Arabs have a strategic role to play, as does Turkey, in calming Tehran’s fears and encouraging it to compromise and open up. On the record, no Arab country is against Iran’s legitimate right to acquire nuclear technology for peaceful means. And if Iran’s latest assurances that it will never attack a Muslim country are to be taken at their face value, then the Arabs should launch a diplomatic drive to hold Tehran to its word.

With a new round of negotiations this week taking place in Geneva between Iran and the 5+1 group of nations over Tehran’s nuclear program, the Arab world should express support and provide ideas to make these talks fruitful. The alternatives are frightening and profound. The repercussions to our region will be disastrous. It is pivotal that key Arab nations debunk the allegations made in WikiLeaks cables and come forward with a gesture of goodwill toward Iran. The GCC summit in Abu Dhabi was expected to cover this matter.

Such move will force Tehran to reciprocate and to provide assurances that its nuclear program is indeed peaceful and threatens no one. If the Iranian leadership fails to make such pledges, then Arab leaderships and public opinion will be united.

In the Manama Dialogue earlier in the week, Iran’s Foreign Minister Manouchehr Mottaki made some positive statements, directed to his country’s neighbors. There is no reason why the Arabs should not respond in kind. Before him President Mahmoud Ahmadinejad discounted the effect of the WikiLeaks revelations and accused the United States of attempting to divide Muslims and stir regional trouble. While Arab and Muslim capitals refuted the veracity of allegations made in the WikiLeaks cables, it is important that they send a positive sign to Tehran.

What is at stake is much more than Iran’s nuclear program, but its relationship with its Arab neighbors. The Arabs need to engage Tehran on many issues such as Iraq, Lebanon, Palestine and the security of the Gulf region. It is there that Arab diplomacy should focus.

The Palestine Question has received little coverage in the WikiLeaks documents, so far. This is an issue that raises many questions on the intentions of the whistleblower site. As much as Iran, Iraq and others are important it is difficult to believe that US foreign policy has not given attention to the conflict between Israel and the Palestinians. For millions of Arabs and Muslims and for many nations around the world Israel’s occupation of Palestinian lands and the future of the peace process remain central.

At a time when the US appears to have failed to convince the Israeli government to accept a three-month freeze on settlement activities, the Arabs should step in and underline the importance of resolving this decades-old conflict. Focus on Iran or Afghanistan should not be at the expense of the Palestine Question, which remains crucial to peoples of the region.

King Abdallah of Jordan, also speaking at the Manama Dialogue, underlined the importance of not missing a last chance to implement the two-state solution. He warned of a regional catastrophe and his words should be heeded.

One Response to Urgent: Fresh Arab Approach towards Iran, Palestine