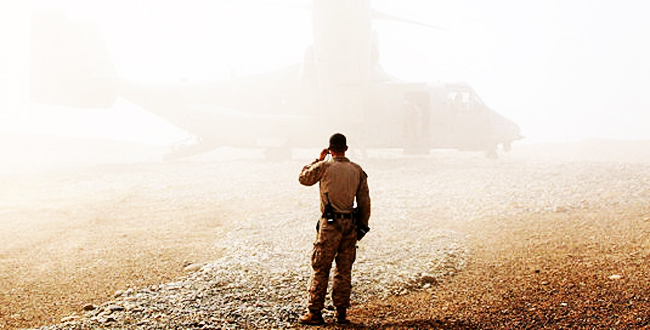 With the Qur’an-burning scandal, the Panjwai massacre, repeated demonstrations against the United States, and Afghanistan president Hamid Karzai’s increasingly strident anti-American pronouncements, it seems clear that the US is likely to be withdrawing from that country soon. The Obama administration, its “counter-insurgency” strategy crafted by current CIA head David Petraeus in flames, still hopes for a soft landing. Republican candidates have shown no appetite for staying in Afghanistan either (Newt Gingrich says that Afghans should be ‘left to their miserable lives,’ presumably as punishment for their ingratitude at being militarily occupied by the US and its western allies for over a decade).

I haven’t seen good recent reporting, however, on what seem to me the key elements in a successful US withdrawal, i.e. one that does not lead to another Afghan civil war, one that doesn’t leave the country a playground for regional interests, one that does not result in a takeover by the Taliban.

The centerpiece of US policy is the building up of the Afghanistan National Army, with a target set by President Obama of 260,000. This troop level cannot be sustained by the Afghan government budget, and so guarantees that foreign sources will be necessary to fund the army for years and perhaps decades to come. Is that course really plausible?

What is the current troop strength? How much of the country is the ANA responsible for now (the US and NATO have been turning provinces over to it one by one)? How many tanks does the ANA now have? How many helicopter gunships? What is the ethnic composition of the officer corps now? How loyal are they to Karzai? Who is the army chief of staff and how good is he?

Well, the easy part is that the army chief of staff is General Sher Mohammad Karimi, who is a very worried man. He was graduated from Britain’s prestigious Sandhurst military academy, but also studied in Egypt and Russia. He is worried about US hamfistedness, as with the scandal over the burning of the Qur’an, or the video of US troops pissing on fallen Taliban warriors’ bodies, and the way the Taliban are taking full propaganda advantage. He is worried about presiding over hundreds of thousands of largely illiterate, poorly trained troops (Afghanistan’s literacy rate is 28%, the troops’ literacy rate is about 10%).

Karimi is also concerned about the scaling down of US and NATO plans for support of his military, with recent maximum troop strength now being pegged at 230,000. He wants a bigger army and wants ongoing artillery and close air support.

All of these positions make me concerned about Karimi and the aftermath. He cannot possibly hope to depend on foreign rent so heavily, and on a gigantic, swollen army. If I were Karimi, I’d get NATO to buy me as many tanks and artillery pieces as they would right now, and train the men on them like crazy (for defense of main cities). More emphasis on light, mobile, forces backed by helicopter gunships for fighting in the more rugged areas is also necessary (for taking the fight to the enemy). It was only when the Soviets learned to fight that way that they even began to hold their own, back in the mid-1980s. (The Karzai government is fixated on getting F-16s fighter jets, which are useless for counter-insurgency.)

Depending on big Western aid budgets and Western close air support is unwise. Afghanistan in 2016 may not be a budget priority abroad. And the country cannot hope to support this enormous military establishment all by itself. It would swallow up the whole national budget.

The recruitment drive for the army had stalled out at 170,000 by last September. There were enormous numbers of troops going AWOL in 2010. The last figure I saw suggested that only two percent of the ANA is drawn from the provinces of Helmand and Qandahar, strongholds of the old Taliban. That kind of resistance to national integration could prove fatal, since even ANA troops therefore would look to locals like foreign occupiers.

Reporting on the ANA performance on the ground is sketchy. Karimi alleges that 60% of military operations are now carried out by the ANA independently of NATO, but I doubt very many important battles are pursued without Western support. It is being alleged that an operation led by ANA forces and supported by Afghanistan National Security Forces and a British unit against Taliban in Gereshk, Helmand, went well, with the fundamentalist guerrillas scattering before the ANA advance. If this report is true, and if it is representative, it would indicate progress in ANA capabilities, but obviously they still needed British backup.

It is the cohesiveness, efficiency, and counter-insurgency capabilities of the Afghanistan National Army that will go a long way toward determining the future of the country. We need more good reporting about what exactly is going on with the ANA.

What I can find out on the web suggests to me that the troops need more education. Why not a University of Maryland type educational program for them such as US GIs have access to? (Obviously in Afghanistan it would be elementary and high school education that most need). They need better armor and light aircraft and training on them. They need better esprit de corps. Karimi is excited about plans for a Sandhurst-style officer training academy in Kabul, but the quality and initiative of his fighting troops is just as important.

The US public is uninterested in or tired of Afghanistan. Obama should give up on a US-led attempt at counter-insurgency (winning hearts and minds, indeed) and instead put all its eggs in the basket of ensuring that the ANA and the national police have the capacity to do their jobs.

That capacity depends on perhaps a smaller but better trained and equipped force that is learning to act more independently. Karimi is playing the bureaucrat in a rentier state, expecting ongoing big money from outside sources. It isn’t likely to arrive. And his clear dependence on the US and NATO for back up and air support is unrealistic in the extreme. He needs to change his leadership style, or Afghanistan needs a different kind of military leader.

I was referred by some readers to the ISAF site for info on the Afghanistan army. Yes, I know. Click and see if that does it for you.