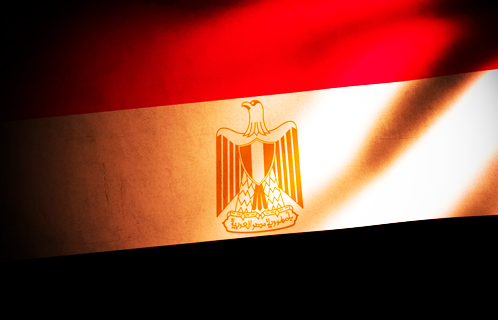 Amid the frenzy in the Middle East and beyond about the future of Egypt, many people seem to be working on a set of assumptions that are worth questioning. Here are a few:

Why should Mubarak have to leave Egypt?

He has stated that he wishes to die on Egyptian soil. Why is it not possible to envisage a settlement wherein he resigns with dignity, and is allowed to live out his days peacefully in some suitable accommodation away from the capital – say in Alexandria or Sharm-el-Sheikh?

What makes us so sure that the Muslim Brotherhood will take power?

The Muslim Brotherhood will clearly be a powerful player in a new Egyptian order. And I have more than once cited the Russian revolution model for assumption of autocratic rule – the Tsar, replaced by a middle-class provisional government, replaced in quick succession by a ruthless minority faction headed by Lenin. But does the current situation match that model? Or indeed the rise to power of Khomeini in Iran?

Egypt has many factions. It has a sizeable Coptic Christian minority. It has an influential middle class and a powerful army. The disaffection in Egypt is a revolt against poverty, inequality and an autocratic government that tramples on human rights. As of now, it is difficult to identify a Khomeini-like figure who is ready to rise out of the Brotherhood and deliver a new theocracy so feared by the West. Not to say that the Brotherhood won’t take power. But remember that the protesters of Tahrir Square are trying to rid the country of what they see as a dictatorship. Will they willingly accede to another one taking its place? One would expect the Brotherhood to be mindful of that sentiment, and at least to bide their time.

What makes us so sure that a new government dominated by the Muslim Brotherhood  would  be anti-West?

Again, the overriding fear in the West seems to be of a Khomeini-style theocracy conducting policies against the West’s interests. We forget that for decades Egypt under Nasser was strongly aligned with the USSR. Yet this did not prevent the West from doing business with Egypt and other clients of the Soviet Union. Is it possible to consider that Egypt – whether or not controlled by the Brotherhood  – will have enough problems on its hands without aligning itself with any global power bloc?

If it is to solve the problems that caused the insurrection in the first place, Egypt will need the help  of all the major powers – the US, China, Russia and the EU.  And if it fails to solve those problems, it will have to face the danger that its people will rise up again. One further thought: the armed forces, which have jealously guarded their role as the force that has stayed above the current dispute, will be a strong counterweight against any extreme policy measures by the new government.

Why does the West characterise every government in which Islam has an institutional role as “Islamist”?

One of the problems the West has in understanding and reacting to the uproar in the Middle East and Africa lies in the use of the term “Islamist”. It’s used by various commentators and politicians to describe views and ideologies ranging across the political spectrum from Al Qaeda to the Erdogan government in Turkey.

The West tends to view “Islamism” as a bad thing. Yet by many definitions of the term, Saudi Arabia is an Islamist state. And the Kingdom has, since the discovery of its massive reserves of oil, been a staunch ally of the West. That relationship was only disturbed by the 1973 Saudi oil embargo imposed by King Faisal in response to US support for Israel during the Yom Kippur War.

Use of the term “Islamist” tends to produce a knee-jerk response of fear, particularly in the United States, where mainstream media and populist politicians tend not to look beyond the broad term for the realities that apply to many different dynamics in a number of vastly different countries. And that fear can distort rational thinking on the subject. In a similar way, socialism, a very respectable concept in Europe, has become a pejorative term among right-leaning Americans, particularly when railing against “socialised medicine”.

Why do we assume that a more Islam-leaning government would be bad news for Israel?

On the surface, Israel should be afraid. New governments in Egypt as well as Jordan and Syria would be unlikely to more sympathetic to the cause of Israel than the current ones. Yet that fear could be the catalyst that unlocks the current deadlock between Israel and Palestine. We should consider the possibility that it will become ever more apparent to the Israeli electorate that the status quo is untenable. So could a by-product of the turmoil be Israel deciding that now is the time for a permanent settlement with Palestine before it becomes even more isolated?

I’m a great believer in looking at the present through the prism of the past. But in order to understand the present we need to be very careful how we interpret the past. Historical parallels are always inexact, and we should be ready for emergence of new life forms from the current political broth.