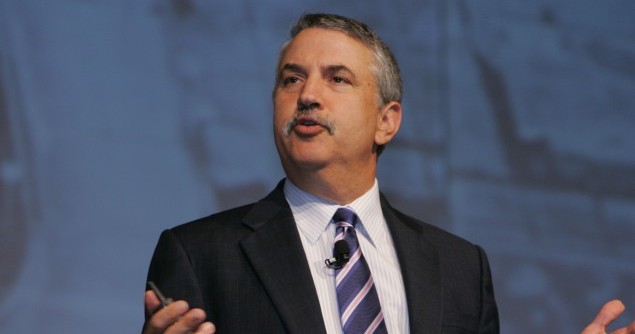 In today’s New York Times, drive-my-Lexus-over-olive-branch journalist Thomas Friedman posts a column entitled The Full Israeli Experience. Having read the headlines in The Jerusalem Post, he begins his commentary on the violence in Egypt, Syria, and Tunisia alongside a missile defense drill in Israel. Through it all, muses the journalist, the Ministry of Tourism invites all comers to visit Israel for the “full Israeli experience.” Here is the gist:

The full Israeli experience today is a living political science experiment. How does a country deal with failed or failing state authority on four of its borders — Gaza, South Lebanon, Syria and the Sinai Desert of Egypt — each of which is now crawling with nonstate actors nested among civilians and armed with rockets. How should Israel and its friends think about this “Israeli experience” and connect it with the ever-present question of Israeli-Palestinian peace?

Ah, yes, poor Israel, mired in a political science experiment in which ideological hawks are pitbullied against “bastards for peace.” The idea that internal Israeli politics could as easily be characterized as doves vs “bastards for war” does not occur to Friedman, nor does he ever seem to fill out his own experience by reading Haaretz or conferring with Palestinian leaders, at least not to describe the “full” Israeli experience.

To the extent Israel is an experiment, it cannot be fully understood without considering how Palestinians fare in this experimental realkpolitik. If Gaza is “crawling with nonstate actors”, is it not relevant that the Palestinians are denied the status of a state and Israel maintains an occupation with little sign of ever stopping its conquest by settlement policy.

If the question of the day is “Do you understand what neighborhood I am living in?,”
then it might be better journalism to actually talk to the neighbors rather than just the guys with the guns, butter and tourist guides. The problem is that most Americans do not know the “hood” that Palestinians are forced to live in. To understand even the partial Palestinian experience, take a population that has no right to self-determination, even when it is only a UN-sanctioned symbolic act. Land is confiscated so new walled Israeli settlements can be built, because this is land promised to Abraham’s seed lo those many biblical centuries ago.

Joshua, icon of the IDF in the service of Abraham’s promise, blew the trumpets and the walls of Jericho came tumbling down (at least in the minds of those who pay no attention to archaeological findings), but Israel today builds walls to keep the current Canaanites out. Palestinians live in a neighborhood where they need permission to go just about anywhere, where roads are closed to them, where they are so demonstrably persona non grata that even a foreign journalist might be tempted to acknowledge this.

There is another burning-bush question for Friedman: “If you appreciate that Israel lives in a neighborhood where there is no mercy for the weak, how should we expect Israel to act?” The irony in this statement is staggering. Who exactly is “weak” in this neighborhood, if not the Palestinians, especially in Gaza? Is there any sane way to compare lobbing small missiles haphazardly in the direction of Tel Aviv against an Iron Dome with the military arsenal that the IDF brings to bear against Gazans?

In a country where the leadership favors hawks and those who dream of peace are labeled “bastards,” who is most in need of mercy? Well, Mr. Friedman, much of the world looks at the entrenched conflict between Israel and the Palestinians as decidedly one-sided, aided and abetted with unilateral American military support. Is it really too much to ask that Israel act in a humane and responsible way, given their unmatched military and economic power, not to mention a vibrant ethical tradition? Is it really too much to ask that a journalist fully understand the experience of all these neighbors before writing a press release for the current Israeli government?