The View from Over Here: Shifting Perceptions of the U.S. Post Arab Spring 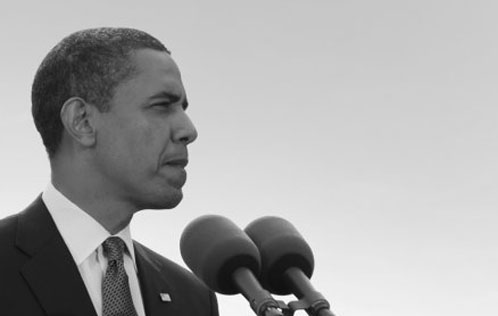 People across the globe are trying to comprehend the significance of what is happening in the Middle East, particularly in terms of what people on the ground are thinking. This is particularly true of Americans, since the United States has been tied to the Middle East for many decades by a myriad of mutual interests, including natural resources (especially oil), trade and a shared hope for socio-economic reforms and regional stability.

The October 2011 Arab Public Opinion Poll, released on 21 November by Shibley Telhami, Anwar Sadat Professor for Peace and Development at the University of Maryland sheds some light on this question. Surveying 3000 people in Egypt, Jordan, Lebanon, Morocco and the United Arab Emirates, the poll assessed attitudes toward the Egyptian elections, US-Middle East relations, the Arab-Israeli conflict and Iran.

And when asked what two steps the United States could take to improve their status, 55 per cent replied “an Israeli-Palestinian peace agreement” and 42 per cent said stopping aid to Israel.

See also: Hate peddling: Why Republicans are Failing Israel, Palestine – and Themselves and Opinion Shift: Support Weakening for Once Unquestionable Israel Funding

Such unfavourable results can partially be explained by the suspicions many Arabs hold about US policy vis-a-vis Arab authoritarian regimes and Israel, as well as its actual or perceived conflict with Muslim-majority countries.

To improve its standing in the Arab world, the United States might be best served by pursuing a new strategy for a new Middle East, one that is people-centered and performance-based, focusing on communication, security and assistance.

This might include putting forward a broad conception of democracy that encompasses human development, economic freedom, fair, free and frequent elections and human rights for individual citizens, minority groups and women.

The United States could follow up with Arab governments to ensure inclusion and pluralism in politics, particularly in light of the fast moving events of the Arab Awakening. Arab populations cannot afford to replace one type of dictatorship – whether religious or secular – with another, and a stable Arab region will be beneficial for the United States because of existing ties over trade and development assistance.

There is also a need for the United States to communicate its intentions and policies accurately and clearly and avoid reserving pressure for real reforms to private meetings. This could help counteract widespread misconceptions and misunderstandings that contribute to low levels of favourability.

Given that a majority of Arabs polled indicated that a resolution of the Israeli-Palestinian conflict would improve US standing in the region, a serious contribution to resolving this conflict in a just manner might be another way the United States’ voice would be respected.

Further, the United States could emphasise human security rather than military prowess by creating a regional consensus for peace that serves the interests of all parties, as they themselves define them. By doing so, the Obama administration could, once again, restore higher levels of credibility in the region – something clearly in the United States’ interest.

Moreover, with billions of dollars of US economic and military assistance entering the Middle East each year, public concerns in both the United States and the Middle East about regional assistance could be helped by linking such assistance to the ability of governments to achieve country-specific goals. These would mainly entail concrete and transparent democratic improvements, as well as economic measures aimed at improving quality of life and opportunities for the general public. The United States could complement assistance by augmenting its public diplomacy, cultural outreach and educational exchanges.

Ultimately, if the United States is to have a more viable foreign policy in the Arab world, its strategy should be anchored in basic American values of equity and transparency, as well as common interests with the region.

As a general rule, citizens of a given country are permanent, leaders change. Therefore, it is with the ordinary people in the Middle East that the United States must develop lasting partnerships.