The UAE and the UK – a Special Relationship 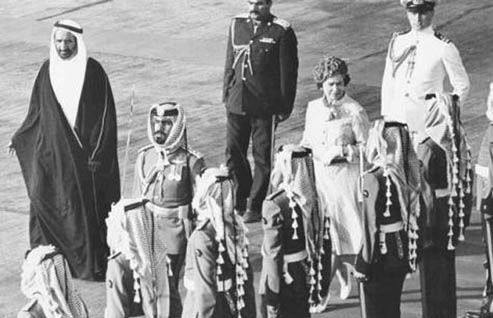 At a reception earlier this year in the British Embassy in Dubai, the newly appointed ambassador, Dominic Jermey, referred to London as the “eighth emirate” due to the close relationship between both countries. Many people aren’t aware of just how close this relationship is today.

For instance, the only country in the world in which Britain – or, for that matter, any other country – is represented by two embassies in the same country is the UAE. The dual embassies in Abu Dhabi and Dubai are probably due to the fact that both were fully functioning outposts prior to the UAE’s union.

Soon after the UAE gained its independence from a government formed under the current British monarch, it set up one of its first embassies in London to oversee interests in the British Isles as well as the European mainland.

Today, there are approximately 240,000 British citizens living in the UAE, with another one million plus visiting the country every year and up to 40,000 Emiratis visiting Britain annually. In fact, just this month, Dubai beat other cities to become the second busiest destination at London Heathrow airport after New York.

The British Business Group in the UAE today represents over 1,600 businesses based in the country that are encouraged by an annual trade between both countries exceeding Dh45bn, with ambitious plans to increase it to Dh70bn by 2015.

Many of the UAE’s leaders were educated in British academies, schools and universities, including the UAE’s Prime Minister and Ruler of Dubai, Abu Dhabi’s Crown Prince, as well as the ruler of Sharjah, who established a centre for Gulf studies in Exeter University, his alma mater. Recently, a number of leading British institutions such as the London Business School, Repton School and Cass Business School have set up permanent campuses in the UAE while the number of Emirati students in Britain today is estimated to be around 2,800.

British nationals have for decades contributed to setting up successful UAE ventures, including Emirates Airlines. This company in turn inked a historic deal to sponsor the Arsenal stadium for Dh662 million in 2004, making it the world’s largest sponsorship agreement. The countries’ sports relations were further elevated with Sheikh Mansour Bin Zayed’s acquisition of Manchester City FC in August 2008.

Many successful Emiratis that I have written about are proud of their mixed Emirati-British heritage, including Ali Mostafa, the director of City of Life, as well as Sarah Shaw of Abu Dhabi’s Executive Council.

The British media has also firmly established a presence in the UAE, with newspapers such as the Financial Times and The Times being printed in the country, while the Telegraph and Skynews maintain permanent correspondents here.

The UAE’s investments in Britain have included a stake in Barclays Bank, Travelodge, the famous London Eye, and span various sectors of the economy. Dubai Ports World, meanwhile, is spearheading the development of the Dh5.4bn London Gateway project to create Britain’s newest deep-sea container port.

On the cultural front, the British Council in the UAE has played a major role in deepening the special relationship between both countries.

Besides offering English language courses, it has been instrumental in bringing world class art exhibitions to the UAE, including the Lure of the East and the Jameel Prize, which started at the Tate Britain and the Victoria and Albert Museum, respectively, and made their way to the Sharjah Islamic Civilisation Museum. The British Museum also recently hosted Word into Art, an exhibition of modern Middle Eastern calligraphy sponsored by Dubai Holding that was later exhibited at the Dubai International Financial Centre.

I recall many years ago walking down the Dubai Creek and admiring the Dubai Municipality building that was inaugurated by Queen Elizabeth II on her first visit to the UAE in February 1979. The Queen has demonstrated throughout her life her dedication to her country. At London’s Imperial War Museum, visitors can see images of the then princess visiting bombed sites and interacting with the crowd during the Second World War. This spirit of unrelenting dedication touches the hearts of every Emirati as it reminds them of Sheikh Zayed, the country’s founding father who hosted the visiting monarch over three decades ago.

Both Britain and the UAE are progressive monarchical federations that have welcomed immigrants from around the world.

The relationship between the UAE and Britain is one that is manifested everyday and goes far beyond a single element; it is one that is rooted in mutual respect and one extends to issues of global security, culture and education.

Finally, it is a relationship between the global capitals of Abu Dhabi and London that will be reaffirmed during the historic visit of Queen Elizabeth II.