The Hard Truths and Betrayals Revealed by The Palestine Papers 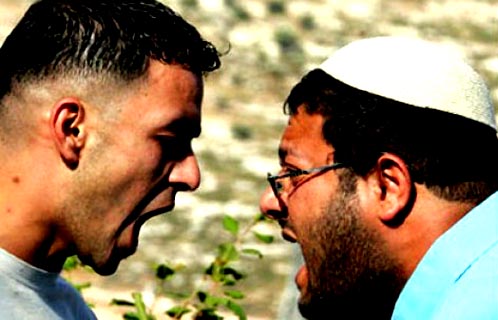 Barely had the pundits and populace come to grips with the Tunisian revolution than the existence of Palestine Papers was declared. Al Jazeera, the Qatari based television channel, has released a number of documents pertaining to the Israeli Palestinian peace process into the public domain, together with UK publication the Guardian.

The papers make for sombre reading, although they don’t add much to what followers of the peace process have known for some time: the horse has not just expired under brutal flagellation, but was for all intents and purposes sent to the glue factory a decade back.

It is abundantly clear that the oft-used Israeli canard of ‘no partner for peace’ is a complete and utter fabrication. Not only has Israel had a partner for peace, the partner has been rolling over making poodle eyes. The myth of America as honest peace broker has also been shattered irrevocably. When Erekat offered Israel the ‘biggest Jerusalem ever’ – including all settlements in the East Jerusalem save for Jabal Abu Ghneim, or Har Homa, it was turned down by Tzipi Livni, Israel’s then foreign minster, with full American backing.

The peace process is not just farce but a fantasy.

Yet this is hardly news.  The credibility of the PLO and the peace process has been in terminal decline, and its modern day counterpart, Fatah, has always given off the decay of a corpse animated against its will. What difference do these documents make? In many ways, this argument is the same as that levied against Wikileaks, and the answer too remains similar: conjecture is not canon. Surmises, albeit logical, cannot be treated as public record. Disclosed documents can, and should be used to query those involved.

In the hours since the leak of the Palestine Papers, there has been growing resentment amongst not just the Palestinian but Arab masses over how much ground Erekat and ilk were willing to concede. There was widespread sentiment that they had over-stepped their remit, in particular when it comes to negotiating over Jerusalem and other holy sites. The distinct whispers of ‘collaborators’ has come hurtling out of the rattling punditry and Arab street.

Yet, it is unfair at best, and mendacious at worst, to pin pan-Arab nationalism and the hopes of the Muslim Ummah on the Palestinians. Lest one forget, Egypt has strong links with Israel. Jordan, Saudi Arabia and the United Arab Emirates also have a measure of underground diplomatic chatter occurring via proxy. Lest one also forget, Egypt has been complicit in keeping Gaza sealed in, while other Arab nations have stringent checks on Palestinian entry and work permits. To be a Palestinian, whether Muslim or Christian, is to float in a grey zone of quasi-statelessness at the whim of bureaucratic apparatchiks. Anecdotal accounts indicate that Palestinians without dual citizenship find it next to impossible to visit even those countries that describe themselves as supportive allies.

The Palestinians are not a bulwark of Arab nationalism; neither are they guardians of Jerusalem. They are merely fighting for survival, trying to claim fragments of land they can call home. It remains utterly frightening how many obstacles stand in the way; not least of which put in place by other Middle Eastern states. In a transcript offered by the Guardian, Erekat goes on record claiming that Qatar and Iran are against the process of negotiation.

One must feel a twinge of sympathy for the negotiators, caught in a deadlock with a superior power not willing to give an inch, backed to the hilt by the world’s de facto imperial hegemon. When Erekat appeals for concessions, saying even his wife won’t respect him as a man for ceding so much for so little, one cringes as much in sympathy as disdain. Negotiation is a game best played when both sides are equitably balanced: the slave massaging the tyrant can hardly speak as equal. A read through the transcripts reveals Palestinian negotiators desperately wriggling for leeway that could lead to some sort of compromise – not edifying perhaps, but certainly skilful.

The Palestinians have long been left to sort their issues with Israel themselves. To now pin the hopes of the Arab world on them is disingenuous. If they must cede much of Jerusalem to Israel for their own survival, so be it, even if they have to ‘collaborate’ for this to occur. If the Arab street, or indeed the apocryphal Ummah, were so concerned, concerted action would have been taken long ago.

The only hope for the Palestinians remains that the non-Arab international community will tire of Israeli intransigence and impose sanctions or even a unilateral solution.