The Top Terrorist Organisation For the U.S.? Not Muslim… 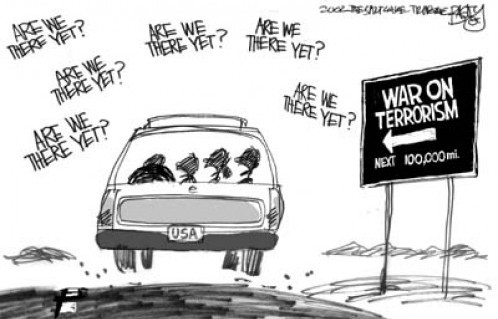 Someone sympathetic to Islam might respond with an example or two about Timothy McVeigh and the KKK. Yet, the average American will continue to watch the mainstream media day in, day out and see pictures of “Muslim terrorists” flashed across the screen or spoken about for hours on the radio. Here are some hard facts to make it clear that every perception is not a reality.

According to the FBI database, there have been 318 terrorist incidents in the US from 1980-2005. That includes 209 bombings and 43 arsons. Out of those incidents, 42% were committed by Latino groups, 24% by Extreme Left Wing groups, 7% by Jewish Extremists, 6% by Muslim Extremists, and 5% by Communists.

If you were asked to name five major terrorist organizations in the US, how many could you name besides al-Qaeda? Most people couldn’t name more than one. So here are some to help you balance the distorted view that the media feeds you with:

Of course, terrorism is not only an American phenomenon, but exists worldwide. Here are some examples abroad:

The following is a very brief list of terrorist attacks on U.S. soil to make it clear that American terrorism is as American as cherry pie.

The only statistics that are missing is the amount of media coverage per terrorist incident or group. It shouldn’t surprise anyone now that Muslims usually receive the most coverage despite the fact that they are near the bottom of the list when it comes to terrorist activity.

Now that the facts are clear, do you think anyone would dare to rephrase the statement and end with “almost all terrorists are…” Latinos, leftists, environmentalists, Christians, Sikhs or Jews? I doubt it. This twisted logic is only applied for Muslims, not anyone else.

So next time you hear of a “terrorist,” think of the facts behind the perceptions, not the images infiltrating your mind. If Muslim extremists attempted to copyright the term terrorist, they would be denied. The famous statement goes: “Image is everything.” Indeed, everything but the truth.

One Response to The Top Terrorist Organisation For the U.S.? Not Muslim…