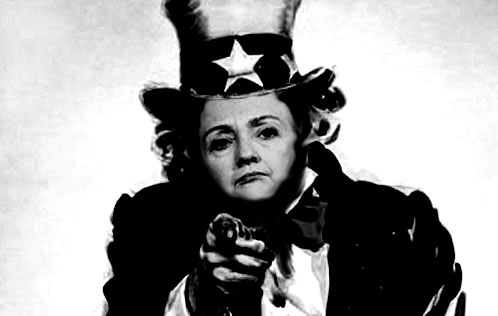 My My list of challenges last year this time more or less nailed it, especially my concerns about the Mubarak era ending in Egypt. Many of the dangers to which I pointed still exist, of course, but a whole host of new difficulties has emerged.

5. The compromise reached in Yemen is unacceptable to many reformers. Although Ali Abdullah Saieh says he is stepping down in favor of his vice president, he seems likely to remain the power behind the throne. He essentially has amnesty for his crimes through 2011. Yemen even in the best of times faces severe problems of water and resources and extreme rural poverty. Muslim radical movements are significant in the rural areas. Instability in Yemen can affect security in the Red Sea, southern Saudi Arabia, and even the US itself, as with the bombing plots originating there. The US should pressure Saleh to make the transition to another leader quicker and less chaotic.

4. Pakistan’s politics is crisis-prone, but this year governance reached new lows of efficiency. The possibility that president Asaf Ali Zardari attempted to reach out to the US military for help with curbing his own officer corps, dubbed “Memogate” in Islamabad, has made relations between the civilian government and the military “frosty.” The US Congress is withholdingmilitary aid to Pakistan this year, which has already begun driving Pakistan closer to China. Flashpoints include hot pursuit at the AfPak border, US drone strikes on militants in the Federally Administered Tribal areas, NATO transport of goods through Pakistan to Afghanistan, and covert Pakistani support for the Haqqani Network, which the uS calls a terrorist organization. Bad relations between the US and Pakistan could negatively affect the course of the Afghan War and presents problems for US policy in South Asia as a whole.

3. The crisis in Syria remains grave. It can only end in one of three ways: The regime succeeds in repressing the reform movement, 2) the reform movement comes to power, or 3) the regime makes enough changes to allow a slow transition away from one-party authoritarianism. In the meantime, destabilizing hostilities could break out, with resultant instability in Turkey, Iran, Saudi Arabia and Israel.

2. The elections in Egypt are producing a parliament strongly dominated by representatives of political Islam, whether the Muslim Brotherhood or the Salafis. The Muslim Brotherhood is making it clear that they want to submit the 1979 Camp David Peace treaty to a national referendum. A Muslim Brotherhood prime minister or president is most unlikely to be willing to meet with Israeli Prime Minister Binyamin Netanyahu or to continue to help impose a blockade on the Palestinian civilians of Gaza. The Egyptian military is still ultimately in control, and it does not want hostilities with Israel, so that this change is unlikely to go beyond producing tensions. But if the Israelis believed that the Egyptians were lax in their inspections at the Rafah checkpoint at Gaza, they might well bomb it, risking killing Egyptian troops. How such actions could spiral out of control is something no one can predict. In any case, rising Egyptian-Israeli tensions for the first time since the early 1970s present a severe challenge to US policy, which attempts to maintain good relations with both.

1. Iran presents the greatest challenges to Washington policy, mainly because Washington insists on building up Iran as a threat. The Iraq of PM Nouri al-Maliki has been moving closer to Iran, both because al-Maliki owes his position as prime minister to Iran, and in part because Saudi Arabia’s intervention in Bahrain has alarmed Shiite-ruled Baghdad. The low-key war between the US and Iran could be ratcheted up by legislation just passed by Congress that targets the Central Bank, based in Tehran. The US is increasingly blockading Iran, an act of war in international law, and the possibility of escalating tensions leading in unexpected and tragic directions cannot be discounted.