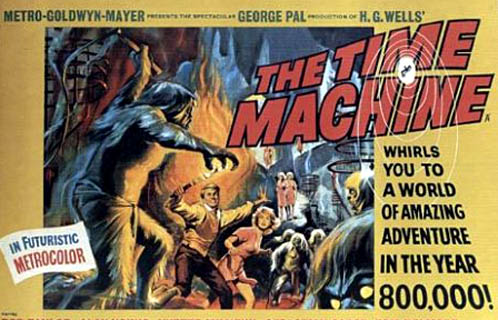 These past couple of weeks have convinced me that the government has made a huge scientific discovery, the time machine, and is now using it to pull the whole country back into the eighties. The King’s decrees, which included a generous package for the ultra-conservatives and gave absolute  impunity to the senior clerics council from media criticism, were just an indication of what was coming. Since then, it has been made official instead of being just a religious recommendation; women are banned by law from working as cashiers. This was due to a complaint and proposal by sheikh Yusuf Al Ahmed to the Interior Ministry.

A forum, “Women and Development”, on March 13th here in Riyadh called on the authorities to grant women incentives and stipends to encourage them to stay at home, and to push forward early retirement by reducing service to just 15 years. Also they suggested a special system of part time work just for women and to  limit their hospital work to women only wards and ER.

The only moderate muttawa in the PVPV, Dr. Ahmed Al Ghamdi, has been relieved of his post as head of the Makkah PVPV division. He was the only PVPV member who stated openly that women are allowed in Islam to not cover their faces and that there is no such thing as extreme gender segregation in Islam. The latter view is also shared and researched in depth by another high official in the ministry of Justice, Shiekh Eissa Al Ghaith.

Yesterday the interior ministry has announced (ambiguously) that over five thousand detainees were released in the past after they repented from terrorism and others are awaiting trial. Why was this statement made now though? Many of those in political prisons in Saudi were arrested because they belonged to the same ultra-conservative group in the eighties and nineties that produced people like Osama Bin Laden. The free ultra-conservatives are currently apolitical and have focused their energy on the safe and easy misogyny trend except when it comes to the matter of their imprisoned brothers. So this statement can be categorized as of more of the aforementioned appeasement of the ultra-conservatives. Don’t get me wrong though, it’s a huge leap forward and I completely support and celebrate their release. Imprisoning anyone without a clear case and fair trial only creates more terrorism. I just hope that the human rights activist  Mikhlif Al Shammary would also be released.

Another blast from the past is that women again will be banned from voting. The municipality elections were announced to start on April 23rd and it was confirmed that women will be completely excluded from the process. For a country that states that it’s constitution is the Quran, excluding women does not fit in with the statement; the Prophet (PBUH) and later caliphs took pledges of leadership (very close to the concept of voting)  from both women and men. These are the second elections to take place in the kingdom, and the first excluded women too under the pretense that the logistics of including women and avoiding gender mingling would postpone the elections too long. This was six years ago, and all these years obviously have not been enough time to prepare for the impossible task of actually treating women as full citizens.

I  prefer to end on a happy note. The Saudi Women Revolution is now a healthy cooing toddler.  A group of women headed by one of Saudi’s biggest women rights activists Dr. Hatoon Al Fasi have decided to start their own municipalities parallel to the government’s.  If only we would start parallel cities where women can enjoy their full rights, I bet more and more Saudis will want to move there until the parallel becomes the majority and the current status becomes a margin.

Also this video is a actually a collaboration between a multi generational group of Saudi women who prefer to remain anonymous for now but are currently planning and working towards a bigger online presence.

I can’t wait until the women revolution here hits its teen growth spurt.

Finally, in case you missed it, the BBC had an excellent video documentary and radio show on Saudi women. I’m featured in both but more so on the radio show.