The Republican ‘One State Solution’: So… What About the Palestinians? 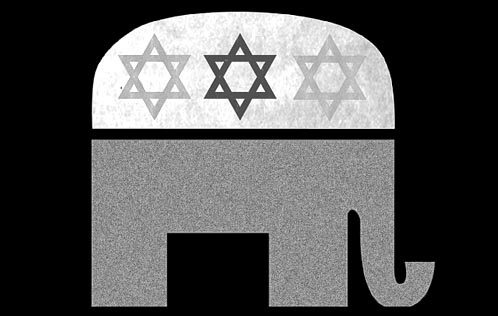 Not only does Newt Gingrich believe there’s no such thing as a Palestinian people, the Republican National Committee does as well.

That mean that 20 years of bipartisan agreement between political parties and the foreign policy of presidents both Republican and Democratic, has been overturned by a resolution passed by the RNC last week. Mitchell Plitnick reports that a nice, blond-haired white Christian Republican lady from South Carolina has dipped her toe in the deep waters of U.S. Middle East policy and suddenly become expert enough at it to topple long-term consensus. Here’s what Cindy Costa came up with as the Party’s new approach:

BE IT FURTHER RESOLVED, that the members of this body support Israel in their natural and God-given right of self-governance and self-defense upon their own lands, recognizing that Israel is neither an attacking force nor an occupier of the lands of others; and that peace can be afforded the region only through a united Israel governed under one law for all people.

You’ll notice a number of things about this piece of pro-Israel brilliance: Palestine? Nowhere to be found. Two states? Ditto. Occupation? Ditto. Mitchell is right in noting that it essentially posits a one-state solution. The only thing it doesn’t do is decide what to do with the millions of Palestinians living in what used to be known, before the Republicans did away with it, the Occupied Territories. Do you expel them outright or merely force them to live in an apartheid state?

Now that the Republicans have endorsed the one-state solution, maybe we should all stop pining for the days of two-states and start devising what sort of Israel should exist in the context of this “united Israel.” Certainly not the one Mrs. Costa imagines, in which there either are no Palestinians or they exist somewhere at the margins of society. No, all Palestinians must be given full equality, rights and citizenship within this grand unitary state of Israel. We also must face the prospect that these Palestinian Arabs will likely outnumber Jews within a relatively short period of time. They might indeed eventually assume political control in a coalition with or even without Jewish support.

The rights of the minority will be protected in that event by a constitution (hopefully), so Jews needn’t worry about their rights being trampled as Jews did to Palestinians when the former were in the majority. Thus we have to put it to the Netanyahus and RNCs of the world: what type of Israel do you want? One that eventually will have a Palestinian majority? Or one that will exist alongside Palestine and possibly have the opportunity to retain a Jewish majority for a much longer period of time (I’m articulating this according to their perspective and values)?

The wording of the full resolution, which can be read at Plitnick’s blog, is a paean to Christian Zionist theology, waxing eloquent about Israel’s God-given right to all the territory granted to Abraham in the Bible. It even quotes Scripture to seal the deal. The only thing it doesn’t do is specify how many Jews will be killed before the Rapture in order to ensure the Second Coming of Jesus Christ back to the Holy Land.