The Positive in Arab Men: A Constructive Debate 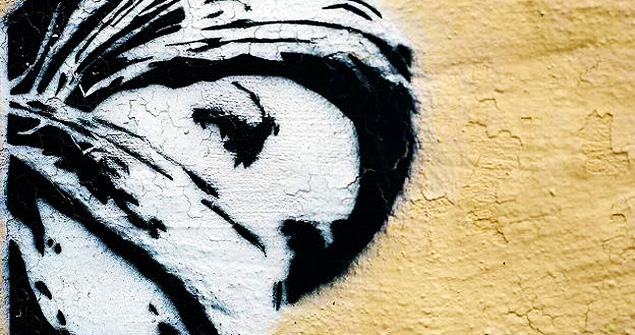 Egyptian journalist Mona Eltahawy unleashed a veritable media storm on Arab gender relations with her recent article for Foreign Policy magazine, provocatively titled, “Why Do They Hate Us?” referring to male attitudes towards women.

Amid the controversy, however, important questions risk being overlooked. Instead of dwelling on whether Arab men really do hate women, our attention might be better focused on formulating strategies to achieve gender equality.

Eltahawy may be doing gender relations a great service by raising awareness about the need for supporting women’s rights, but the article’s tone is controversial.

The article, illustrated with photographs of a naked woman covered in black body paint suggestive of a niqab, is an impassioned diatribe against the poor condition of women’s rights in the Arab world. Eltahawy lists a catalogue of abuses women suffer, including her own beating and sexual assault at a protest in Cairo last year, attributing such attitudes to “a toxic mix of culture and religion”. The crux of her argument is that Arab women live as second-class citizens because they are “hated” by men. “Our political revolutions will not succeed unless they are accompanied by revolutions of thought – social, sexual, and cultural revolutions that topple the Mubaraks in our minds as well as our bedrooms”, she writes.

Her critique immediately led to a crescendo of emotionally charged responses, with some lauding the Egyptian writer for her bravery. Her detractors have been more vocal, accusing her of promoting simplistic views that pander to Western stereotypes of Arab women as victims in need of rescuing from a misogynistic Islam.

Eltahawy’s article certainly did not start the debate on women’s rights in the Arab world, but it has helped popularise it. On social media websites and in cafes, Arabs of different economic and religious backgrounds are busy contemplating the status of the region’s women.

But ignored in the debate is the existence of many Arab men working in solidarity and partnership with women to exorcise the scourge of gender inequality from their communities. A sizeable number of men are equally or increasingly involved in family duties traditionally seen as women’s work, such as child-raising, cooking and housework. We would do well to consider ways to further improve men’s involvement in the struggle for gender parity.

More and more Arab men are joining in women’s struggle for greater freedoms, accompanying them on demonstrations and viewing gender equality as integral to their vision of a better society. Some, like the Egyptian writer Ahmed Kadry, have taken to the blogosphere to call for an end to sexual harassment of women. Indeed, Arab feminism has found supporters among men throughout its long history- men who realise that they are equally held captive by strict interpretations of gender expectations.

Loaded language about hate has the advantage of drawing attention to an issue, but risks alienating the very audience that needs to be engaged with. Viewing men as hateful does little to promote the end goal of all gender activists, which is greater freedom and dignity for women. Instead, initiatives that increase men’s involvement in and sense of ownership of gender equality must be fostered. Grassroots projects to rehabilitate male perpetrators of gender-based violence, such as those run by the Lebanese organisations KAFA (Enough), an organisation working to end violence and exploitation, and the ABAAD Resource Center for Gender Equality, are doing just that, helping transform misogynistic attitudes towards women.

As Arab women and men, we must harness the angry indictments of inequality that Eltahawy has rightfully brought to our attention into proactive action. Rather than laying the blame for women’s disempowerment at the doorstep of “men” or “culture”, we should use peaceful and inclusive dialogue to reinforce the idea that women’s rights are everyone’s concern.

To paraphrase the physicist Albert Einstein, one cannot solve a problem with the same mind that created it. Finger-pointing and blame games will only create further antagonism. Until women and men unite to throw off the chains of strictly dichotomous gender roles and identities, we are all culpable in perpetuating the disempowerment of our societies as a whole. The so-called Arab Spring may have disappointed many, but it is not over yet. These tumultuous times present an important opportunity for the region, and indeed the world, to engage in an inclusive and peaceful battle for greater freedoms for all.

Let Eltahawy’s article be a rallying cry to improve the communication lines between women and men. Their lives, as the United Nations Population Fund has noted, “are interdependent and … the empowerment of women benefits everyone.”

Dalila Mahdawi is a human rights journalist based in Beirut and London. This article was written for the Common Ground News Service (CGNews).