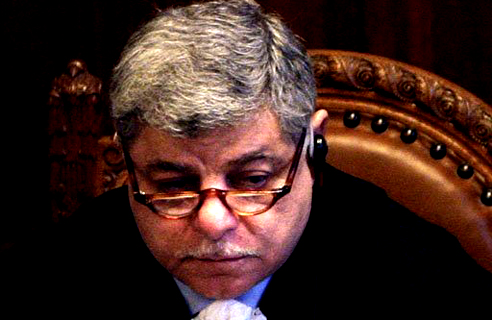 The role of the Prime Minister in Jordan is probably the toughest one in the entire political spectrum of this country. Between the role of HM King Abdullah, the security apparatus, and various other institutions, it always feels like the PM job has limited executive powers, and is some times even perceived as the role of a middleman. And when it gets too hot in the kitchen, the PM and his cabinet is usually what’s served for dinner.

This is to say nothing of the fact that they tend to face opposition from a public that didn’t vote them in, and often times such opposition even borders on hate. Lastly, with expiration dates that see governments generally lasting an average of 12 months, it’s very hard to get anything done, especially when it comes to long-term strategic goals. With those realities in mind, it was well predicted that anyone who stepped in to Samir Rifai’s shoes last January was going to be a sacrificial lamb.

Enter Bakhit, who came right out of the gate with a target on his back and spent a great deal of his tenure trying to rip it off; (case in point, casinogate). Nevertheless, Bakhit’s task was monumental. In the midst of a region where people were flowing in to the streets calling for regime change, it was Bakhit’s job to keep things under control here at home, while delivering on a reform program that, under normal circumstances, takes five years to implement, in the span of five months. It’s like missing all your classes and then having to cram a year’s worth of knowledge in three days just to pass the final exam. Bakhit entered the Prime Ministry in February and by late September had managed to turn pretty much everyone in the country against him.

So, enter Khasawneh. Compared to Bakhit, he’s an out-of-the-box choice; and I use that term with a grain of salt. What probably stands out most on his resume is his legal background, specifically having served as a member of the International Court of Justice in 2000, and as its vice president from 2006 to 2009. In other words, he doesn’t come with the type of political baggage other candidates who have filled the PM position have carried, allowing them to be targeted before they’ve even put their pencils in a jar.

Khasawneh’s appointment may be a subtle message that the rule-of-law will be respected, especially in the context of ongoing events where people have taken to violently close down main roads in order to hold the government hostage until it meets their demands. But more importantly, his appointment may offer just enough breathing space for a government to actually carry out an agenda efficiently and without getting bogged down in the politics. Khasawneh won’t have to take months to deal with old corruption cases like casinogate, or deal with an impeachment vote five months after being appointed.

And that’s what this can best be categorized as: an opportunity. Having had too many of those squandered in recent years, Khasawneh has the tough task of seizing this opportunity and putting the country on the right track. Aside from all the points highlighted in King Abdullah’s letter of designation (and then some), Khasawneh is faced with a population that is calling for reform, but also a population that has grown increasingly polarized in the span of just ten months. As columnists and commentators have pointed out in these past 24 hours since these changes transpired, the first step will lie in restoring public confidence.

My personal hopes is that this opportunity, this pause in the transition towards a post-Bakhit era, will encourage the government to postpone the municipal elections as well as take another look at the constitutional amendments. While all other reforms are important, these two important pieces were so rushed to the finish line that the process was shattered along the way. Much of that has been evident in the reaction that some have adopted towards the municipal elections thus far.

The proper groundwork for proper elections needs to be placed, and attempting to hold elections in just over two months while new municipalities are still being formed due to public pressure is folly.

Moreover, the constitution isn’t something that I, as a citizen, would personally like to see rushed. The constitutional questions that arise need to be grappled with, and it is in the debate that consensus and informed arguments emerge, and set the tone for what this country is about. Brushing them aside as has been recently done, and allowing the questions continued festering, is to create a ripple effect that will outlast this government.

My hope is that Khasawneh’s judicial background will come in to play here, to help resolve these two issues.

As the government comes up to the surface for some air, the moves they make during this brief window of opportunity is what will quickly set the tone for the reform process. Much of this will depend largely on the government’s independence from other institutions in the country, particularly the security apparatus, which is commonly noted for its interference in policy. The King’s changing of the GID’s head may also be a head nod towards independence, allowing the government to function a bit more freely. But it’s in this arena that skepticism tends to lie.

Much has been proven in recent years that no matter how much you make changes at the very top of the political ladder, the middle management whose task it is to implement, tend to originate from an apparatus that is intrinsically antiquated, and follows a specific traditional framework of doing things regardless of what the “upper-management” says or does.

One can draw on the experience of Morocco and various other countries that instituted reforms only after massive housecleaning that targeted middle-management specifically. So, to what extent Khasawneh’s opportunity will not be squandered by interference from the security apparatus, or any other institution for that matter, will rely on the extent to which the country’s new GID head, Showbaki, will be successful on his own front.

As usual, I prefer to exercise cautious optimism.