The ‘Culture of Terror’ That Spawns Racist Children 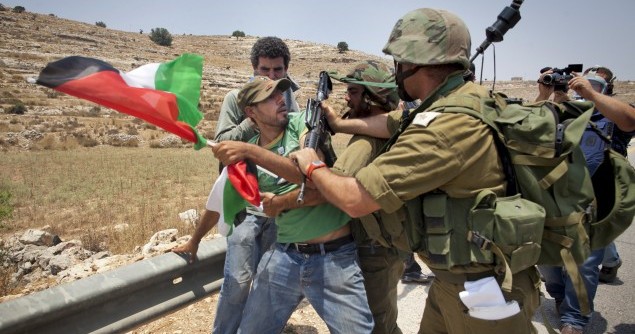 ON a trip to northern England, I ran into an Israeli studying for her postgraduate degree. After a while the conversation turned to her hopes and aspirations once she received her master’s degree. She replied simply, “To leave Israel. I never want to go back.”
The student described Israel as “racist.” The hate many Israelis felt for minorities, especially Arabs, was too much for her.
Her attitude was shocking, not so much because of her attitude about her country, but because she openly acknowledged its racism to a stranger. It’s an issue that many Israelis wrestle with as the government grapples with the influx of African immigrants. One legislator described African immigrants as “a cancer in our body.”

Americans by nature are drawn to stories of triumph over evil and the victories of the underdog. Our parents and grandparents may have learned the details of the founding of the state of Israel through newspapers and news magazines, but Leon Uris’ 1958 novel, “Exodus,” about the beginnings of Israel cemented the country’s underdog status in the minds of Americans. And when the movie arrived two years later with the blue-eyed Paul Newman in the lead role, the “special relationship” between the United States and Israel blossomed.

Israel has been in a state of denial for decades over its cruelty to the Palestinians, but recent incidents have awakened a handful that recognize that as occupiers they are now also considered “terrorists.” This is not a new revelation to anyone living in the Middle East irrespective of one’s religion or ethnicity, although it’s become the uncomfortable truth to conservative Americans who unblinkingly give Israel victim-hood status. Israel’s terrorism is well documented although excused under the guise that it’s under constant attack by Palestinians and hostile Arab neighbors.

Westerners now have an opportunity to reconsider Israel’s place in the international community following the arrests of three Israeli teenagers who firebombed a Palestinian taxi on Aug. 16 that left its four occupants severely burned. The attack followed an attempted lynching and beatings of Palestinians youths on the same day by an Israeli mob in Jerusalem. Deputy Prime Minister Moshe Yaalon uncharacteristically described the incidents as “terrorists attacks” that “constitute first and foremost an educational and moral failure.”

Law authorities arrested seven Israeli teens, including two 13-year-old girls, in connection with the lynching attempt. Apparently the only failure the teenagers saw was not finishing the job. “For my part he can die, he’s an Arab,” one 15-year-old suspect told the Israeli media of one of the victims. “If it was up to me, I’d have murdered him.”

The firebombing and beating incidents have alarmed human rights organizations that report the rising tide of violence from Jewish settlers against Palestinians. Settlers have claimed responsibility for a series of attacks, described as a “price tag” campaign, on Palestinians and Israeli security forces as retaliation against Israeli policies and Palestinians living to close to Jewish settlements. The term “price tag” is the price Jewish extremists take against the Israeli military and Palestinians perceived to have threatened the existence of the settlements.

The attacks against Palestinians prompted the New York Times to report that Israelis have engaged in “soul-searching” in their attempt to understand how the country produced racist, violent children. “Soul-searching’ is a term rarely applied to Muslims or Arabs following a terrorist attack, and implies that Jewish settlers get a free pass in their hatred for Palestinians. Maybe it’s that underdog-turned-occupier status that gives them souls while Palestinians are just mindless thugs.

But consider what makes a mindless thug. Israeli gunboats attacked Palestinian fishermen at least twice last month. Soldiers told a father and son to strip naked and then swim toward the gunboat where they were handcuffed, blindfolded and their boat seized. Another Palestinian vessel was heavily damaged in an attack. In another incident gunboats chased six Palestinian fishing boats out of fishing waters by laying down gunfire. Palestinian fishermen no longer know which waters are safe and what is off limits to fish.

According to the Association for Civil Rights in Israel, an independent organization that monitors civil liberties issues in Israel and the Occupied Territories, Israel systemically discriminates against the Negev Bedouin tribe, which numbers about 160,000 and live in unrecognized villages in Israel. The Israeli government is attempting to pressure Bedouins to abandon their lifestyle and move urban centers.

This potent mix of institutionalized government discrimination, military firepower and youths raised in a culture of occupiers’ privilege has created a nation without accountability and without the will to guarantee civil liberties and preserve human dignity.