Syria: Growing Pressure on Assad to Stand Down Falling on Deaf Ears 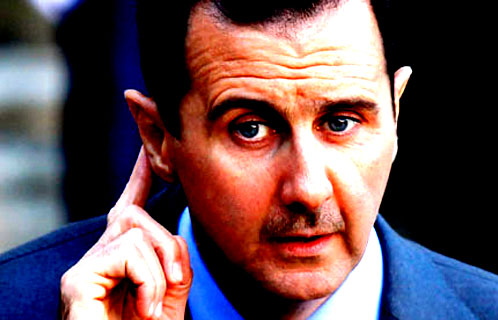 Protesters in Syria continue to rally against President Bashar al-Assad, and his ruling Baath Party’s more than 40 year dominance over every aspect of Syrian society. On September 9th they came out onto the streets in the name of the “Friday for International Protection”, marking the first time a significant number have called for outside interference to shield them from the wrath of incumbent President Bashar al-Assad.

Western powers have made it clear that they believe it is time for al-Assad to step down. “The time has come”, declared U.S. President Barack Obama in mid-August. British Foreign Secretary William Hague in a statement last week expressed the belief that “President Assad and his regime are deluding themselves if they believe they can halt this tide”, and France’s Foreign Minister Alan Juppe called it a “scandal” that the UN has thus far failed to condemn the actions of the Syrian government. However, despite these decisive words, little progress has been seen as the blood-bath continues across the country.

The geo-political reality of the Syrian state prevents Western interference, as the already fragmented opposition would be further divided by this kind of intervention, and it would further serve to add credibility to al-Assad’s assertions that the uprising is being perpetrated by foreign-funded armed gangs. European and North American countries are therefore limited to making empty speeches and imposing economic sanctions on a regime which has made it clear that it couldn’t care less. One thing is certain; al-Assad, no stranger to being on the bad side of the Western powers, will never leave at their behest. If anything, Western condemnation will serve to strengthen his resolve and be utilised in his PR strategy.

The only viable intervention would be one conducted by members of the Arab League, or another coalition of Middle-Eastern states. Regionally, condemnation of the Syrian government’s actions has been on the rise. The foreign ministers of the Gulf Co-operation Council (GCC) states recently issued a joint statement calling for “an immediate end to the killing machine” and last week, Iran, one of Syria’s strongest regional allies, called for an end to the bloodshed and dialogue between the opposing sides, stating, “a military solution is never the right solution”. Turkey, another former-ally, demanded back in August that the crackdown end “immediately and unconditionally”.

However, despite regional pressure, al-Assad is showing little sign of relenting. He still has the shaky support of Lebanon, who are internally conflicted regarding which side to support, and too afraid of instability on their border to be particularly vocal on the issue. Further afield they also have the support of Russia, who wield the power of veto at the U.N., and China, a trading partner who could easily fill the gap left by the EU as a consumer of Syrian oil.

Despite his relative isolation, al-Assad’s government does not seem close to collapse. Internally, he has the unwavering support of his family who form the basis of his government; as members of the Alawite minority religious sect which rules the country they have nothing to gain by switching sides; if the regime falters they will lose everything, whether or not they are still formerly a part of it at the moment it does.

The military are also tied to him by familial bonds – his brother in law General Assef Shawkat is the Chief of Staff of the the Armed Forces, while his brother Maher al-Assad is the commander of the elite Fourth Armoured Division, so there is little likelihood of an Egypt-like scenario where the defection of the army could tip the balance in favour of the protesters. As long as the members of the regime stick together, and gamble on a risky all-or-nothing scenario, it remains unclear how al-Assad can be toppled despite the near-consensus internationally that the Baath regime has passed the point of no return.

Diplomatic pressure has had no effect thus far, and there is no reason to see this changing. Even if Arab states decided to intervene militarily, unlike in Libya there is no clear front line and no equivalent to the NTC to co-ordinate with. Also, unlike in Libya and Egypt, there is a genuine truth to the claim that a significant section of the population do not want al-Assad to go, making it hard to envisage Syria being at peace, even in the event that he does step down. Some still have faith in his promised reforms, and claim that dictator though he is, his rule is benign, and in the best interests of people who could not do a better job of ruling themselves, while some are just afraid of secular conflict arising in the event of democratic rule.

Despite this, there are still more who believe that a regime which has killed in excess of 2,200 peaceful protesters in the past 6 months cannot stand, and has lost the legitimacy to lead a process of reform. However uncertain the future looks, they are sure it cannot be darker than the present. Every day that the resistance movement continues to fight its oppressor is another victory. Not cowed by memories of the Hama Massacre of 1982, protestors continue to remind the regime that they cannot be silenced, and although it is not yet clear where, sooner or later something’s got to give.