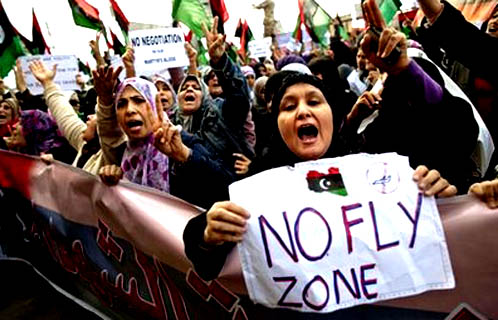 “We don’t know who these people are”, were the words of a US congressman when expressing reservations about arming the rebels in Libya. Yesterday I had a long conversation with a Libyan friend. As a long-standing opponent of Muammar Gaddafi, I expected him to be cheering on the rebels. Not so. To summarise what he told me:

I am reflecting Ibrahim’s views – right or wrong – because we need to be aware of the possibility that even as the rebels advance on Tripoli, there may not be a happy ending – at least not for some time. Ibrahim did make the point that the average Libyan is not an extremist, and that there are many smart people in the country who want to be part of the Mediterranean and wider Arab community. He last visited Libya only a few weeks before the uprising, so whatever you might think about what he says, we should be aware that his experience is not that of an exlie who hasn’t set foot in Libya for decades.

It seems to me that it would be very unwise for the countries enforcing the no-fly zone simply to leave Libya to its own devices if Gaddafi falls – and even more unwise to put Western boots on the ground. If there are to be boots on the ground, they should be Arab boots, preferably in the form of a peacekeeping force.

While the rebels are making ground, the coalition – in exchange for continued support – should be extracting promises from the revolutionary council in Benghazi about human rights, restraints on those who would wish to take revenge, and respect for all citizens, regardless of their loyalty.

The last thing Libya needs is for one despotic and repressive regime to be replaced by another.

One Response to Libya’s Rebels – “Who Are These People..?”