Sudan: How the South was Lost 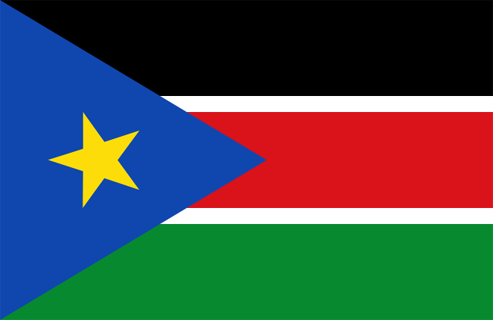 It is almost certain that the people of Southern Sudan will vote for secession from the north in the week-long referendum which started on 9 January. The vote is the penultimate step in the struggle for independence for the south, which began almost 55 years ago. It is a sad day for the Muslim north and for the Arab world as a whole. It also marks the beginning of major geopolitical changes in the region.

For the people of the south, it is time to celebrate. Two civil wars and millions of casualties later, their dream of seceding from the north is about to come true, but only because of international pressure and regional intervention. Sudan, the largest country in Africa, will become a case study for future politicians and academics. Its partition on ethnic and religious bases will have long-term repercussions for Africa and the Middle East as a whole. But the separation of the south will not be the end of Sudan’s woes.

Since independence from Britain and secession from Egypt in 1956, Sudan has had a tumultuous history. Almost immediately the Arab and Muslim north had to deal with a rebellious south comprised mostly of Christian and Animist tribes. The ensuing civil lasted from 1955 to 1972. During most of that period Sudan was ruled by military juntas. It was only after 1969, when Gen. Gaafar Nimeiry took over that the war intensified but without conclusion, and in 1972 the regime in Khartoum was forced to accept a cease-fire agreement, signed in Addis Ababa, which led to a ten-year truce. As a result the south was recognized as an autonomous region.

But in 1983 the second civil war flared up after Nimeiry took several steps to annul the self-governing rights of the south and imposed Sharia law all over Sudan. Both war and famine afflicted the people of the south and the situation took a turn to the worse when Col. Omar Hasan Al Bashir took over in a bloodless coup in 1989. Under Al Bashir political parties were banned and independent press was purged. He also introduced Islamic Sharia law in the north, and launched a five-year military campaign in the south.

The Sudan People’s Liberation Army (SPLA) was defeated as the northern army occupied most of the south. But the flames of rebellion continued to rage. This time the conflict attracted regional and international elements, including the United States and Israel. The war destroyed the south but it also drained the north’s resources. As President Bashir consolidated his power he turned Sudan into a single-party authoritarian state. Under pressure from the West, he broke ties with Sheikh Hassan Al Turabi, in order to dispel accusations that his government was sponsoring terrorism. It was not until 2003 that serious negotiations with the south were launched, eventually leading to the 2005 Nairobi peace agreement, which granted southern Sudan autonomy for six years to be followed by a referendum on independence.

The reality is that the modern history of Sudan is dominated by military adventurism and immature political and religious agendas that ignored the country’s racial, religious and economic complexities. It is no wonder that the people of southern Sudan will vote for secession. What will remain of Sudan will not be in a better shape. The country still has enormous problems to tackle least of which are the Darfur mutiny, ending Sudan’s international isolation and putting the country back on the road to recovery.

The conflict in southern Sudan was mismanaged not only by successive Khartoum governments but also by the Arabs. Egypt has failed to intervene even when the south’s separation meant that the new state will be sharing and controlling the precious Nile waters. This becomes crucially important as the south acknowledges its special ties with Israel.

From a geopolitical point of view the south’s precedent will have some bearing on countries like Iraq, Algeria, Morocco and Yemen, all of which have ethnic and religious minorities. Israel is already active in Iraqi Kurdistan, a part of Iraq that is also moving towards separation.

Meanwhile, the result of the referendum will not end the conflict between the two main parts of Sudan. Both sides must find a peaceful resolution to the fate of the oil-rich Abyei border region. Already clashes there have claimed many lives. The Abyei question could lead to a third war between north and south.

In the north, where President Bashir has vowed to impose Sharia law once separation takes place, the situation could deteriorate further. Failure to resolve the Darfur conflict peacefully could encourage rebels there to follow in the footsteps of the south. The challenges facing Khartoum, whose president is wanted on genocide charges, could only compound the country’s problems. There are no signs that President Bashir will launch political reforms and steer the country towards democracy.

Sudan’s ill-fate should become an eye opener for many Arab regimes. Authoritarian rule and political adventurism have wasted lives, resources and precious time in Sudan. Instead of becoming the Arab world’s food basket, Sudan is an impoverished country that stands to lose more than the south in the near future.