Sponsorship for Sale – Why the Practice Should End 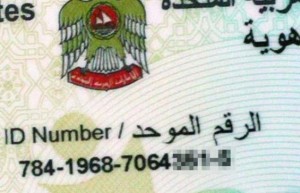 A few years ago, I met up with an Emirati friend whom I hadn’t seen since my high-school days. We exchanged the usual greetings and asked one another where our careers had lead us.

My friend pulled out and unfolded his colourful business card, which included at least two dozen logos of businesses on the front and back that he was the “owner’ of. I was barely able to make out his name on the card. Strangely, all the businesses were named after British towns: Bristol mobiles, Manchester carwash, Oxford cafeteria – the list went on.

At first, I was quite impressed. I had only started two businesses by then, a small photography studio and a brokerage firm that took me close to two years to set up. How did he manage to accomplish such an extraordinary feat? He later told me that he “discovered a system” in which all he had to do was offer sponsorship services to expats wanting to reside in the UAE.

UAE law obliges expatriates who care to reside and do business in the country to either do so through a partnership with a UAE national in which the expat can own up to 49 per cent, or through a sponsorship system that allows the expat to own the entire business, though not on paper, provided they pay a fee to a UAE national. This fee can range from as low as a thousand dirhams a year and go up to several hundred thousand, depending on the size of the business.

This sponsorship system is on the wrong side of history. If the federal government doesn’t end it, then international labour laws will probably do so.

Bahrain has taken the brave step last year and removed this disagreeable system completely. Even bureaucracy-prone Kuwait recently announced that on the 20th anniversary of their liberation from Saddam’s occupation next February, they too will liberate the foreign workers from an outdated 19th century bondage system. And yet the UAE, traditionally the pioneering Arab Gulf state, has only come out in support of it through official statements.

Often the “special circumstances” of the UAE are evoked, since the population of nationals is somewhere below 20 per cent of total residents. This makes it even more necessary to reform expatriate labour regulations that are frankly full of loopholes as they stand today.

What is interesting is that the local governments have recognised the drawbacks of the sponsorship system as early at the 1970s, when Dubai founded the hugely successful Jebel Ali Free Zone. Today, there are dozens of free zones in the UAE under various names that allow foreign businessmen to set up companies, provided they don’t operate within the UAE non-freezone districts.

Although businesses have found solutions and loopholes to bypass the outdated sponsorship system individually, collectively they are unable to take the giant step and reform the system. I therefore suggest that the UAE government takes the initiative and establishes an Emirates National Residency Authority to handle all forms of sponsorship. This government body can establish a standardised fee structure for expats who want to start a business in the UAE. The fees can be put into a fund that assists needy Emirati families.

This authority can also be the sole issuer of visas for domestic workers. UAE nationals wishing to employ foreign workers can approach this body and submit the necessary documents to them. The authority can even extend longer-term visas to those investing a substantial amount of money in the country and those who employ a large number of UAE nationals.

This will also provide assurances to workers. Local companies will not have to keep the passports of their employees since they will not have reason to do so. Like the Bahrain model, employees wouldn’t have the right to switch jobs until they honour the contract time period.

The truth is that the existing sponsorship system in the UAE breeds complacency and suffocates innovation among nationals who find it an easy way to make income.

It also is a barrier towards the free movement of labour within the UAE, which is a requirement for any competitive, meritocratic society, as it allows market forces to determine the value of one’s skills.

Finally, the existing sponsorship system may be regarded as a reason behind the relatively large population of eight million in the UAE. Like my friend, some nationals will not shy away from sponsoring large numbers of expats regardless of what skills they possess, as long as they are paid an annual fee.

Reforming the UAE labour laws, starting with the outdated sponsorship system, is very much a challenging task. It may also be unpopular. But it is necessary and overdue.

One Response to Sponsorship for Sale – Why the Practice Should End