“Silence” Leaves the UAE Vulnerable to its Critics 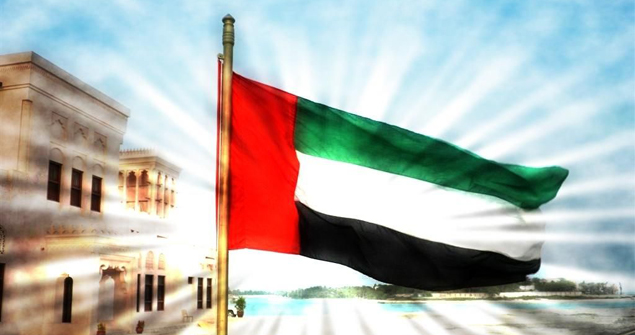 A steady stream of articles and analyses of a series of arrests in the UAE have allowed an international assumption to build up that the UAE is facing a major crisis.

The arrests over several months of around 50 people accused of various anti-state activities has led to articles which all focus on what is seen as an “authoritarian” crackdown, and have triggered analyses which criticise the UAE leadership for a lack of willingness to endure pluralistic political discussion in the country.

This situation has created two issues. The first is that this coverage of the UAE focuses on what are seen as failings, without making any acknowledgment of the liberal social agenda of the UAE government.

The second is that the UAE has not argued its philosophical case well, and is allowing the news to be led by foreign analysts.

The arrests have been of Islamists, who stand accused of plotting against the UAE.

At this week’s meeting the UAE cabinet noted the widespread public rejection of all attempts to interfere in the internal affairs of the UAE, and spoke of its determination to continue its plans based on tolerance, moderation and openness.

It also examined a report on the situation from the UAE Attorney-General, Ali Salim Al Tunaiji, who last week said that “initial investigations and confessions of the suspects revealed plans which jeopardise the security of the state, as well as ties between the organisation’s members and suspicious foreign parties”.

A few days previously, Dr Anwar Gargash, Minister of State for Foreign Affairs, spoke out on Twitter when he said, “It is obvious that we are facing a group whose partisan allegiance overcame their nation allegiance. And the declaration of the recent party was a call for incitement and the targeting of the nation”.

The UAE has a successful record as a tolerant country in which its people have been able to make what they like of their lives. It is important that the UAE’s well-established social and business tolerance remains, and this offers a significant political advantage from which the country will benefit in the future. It is working hard to defend this valuable asset from possible attack from Islamist groups.

The UAE does not have an active parliamentary system like some of its neighbours. The Federal National Council is not a debating chamber of much consequence so the country has difficulty in articulating its public life. But this has not led to public outrage. Regular observation and many opinion surveys have shown that UAE citizens broadly support the government, and they watch what is happening in Kuwait with horror, as they see a former bastion of Gulf liberal thinking being brought to a political impasse by a parliamentary system which has allowed Islamist groups to become a dominant force in shaping society and government policy.

The brevity of the UAE’s statements on the various arrests has not helped its public image. This lack of cogent political argument leaves the field open for academics like Kristian Coates Ulrichsen of the London School of Economics to write in the Open Democracy website, that the UAE is facing a stark choice between pluralism or repression, in an analysis that fails to include any other options.

He claims “the UAE is at a crossroads; it can choose between acceptance of pluralism or continuing repression, and its prospects for consensual domestic development rest on the outcome.”

This analysis has been supported by Christopher Davidson of Durham University who is relentlessly critical of the UAE, and described Coates Ulrichsen’s analysis as the “best written article on the UAE so far this year.”

He goes on to discredit the work of people inside the country, by adding that academics, journalists, and intellectuals will keep denouncing human rights activists, as long as they benefit from state-to-individual wealth transfer. This self-serving position implies that any analysis coming from inside the UAE (such as this column) must be suspect, whereas any analysis from outside the UAE is in some way more authoritative.

The answer is that the UAE is dealing with what seems to be a security threat from Islamist forces, but is not facing the existential crisis that is being portrayed in some sites. An important development is underway which needs calm analysis and awareness of the liberal underpinning of UAE society, rather than relentless criticism.

The lack of formal government structures which allow political inclusion, and the lack of regular statements, offers an opening to criticism of the country. But this should not ignore the well-established liberal social agenda, which has built a powerful and self-confident society.

3 Responses to “Silence” Leaves the UAE Vulnerable to its Critics