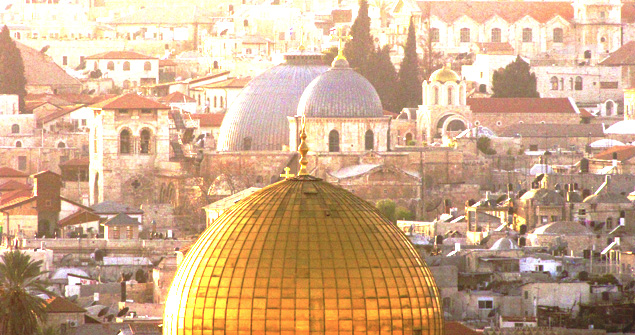 Nahum Barnea is Israel’s most respected daily columnist. He is something akin to Tom Friedman. Everyone reads him and his columns are a barometer of where centrist-mainstream political sentiment lies. He provokes both the right and the left with his coverage and always comes down somewhere in the center. I’d call him a realist or pragmatist.

That’s why his most recent column on the settlements is so important. In it, he visits some of the most controversial settlements in the news including Migron (which was cleared yesterday in the dead of night). His argument is that the war is over. The settlers have won. They are part of Israel. They cannot be uprooted or eradicated. The point at which Israel could and should have restrained the settler movement is long past. Best to acknowledge that fact and move on:

Oslo is dead. The Bar-Ilan speech is dead. The entire world realizes this. Now we can begin to invest in what is just.

If he left it there, his would be a straight far-right nationalist view in which Israel would annex the Territories and exclude Palestinians from citizenship. But Barnea isn’t there. Rather, he understands that the implications of his view and that if Israel is to remain a democracy it must concede rights to the Palestinians. The choices would be the creation of either a unitary state including both the settlers and all the Palestinians living in the Territories; or a bi-national state in which presumably both peoples would live side by side but have separate or parallel political institutions. Here is how he phrased his view (the Hebrew language video above contains this passage and more of his views):

“Everybody knows how this will end.” When asked what he means, he answers, “There will be a bi-national west of the Jordan… the two-state solution is no longer possible.”

As is typical with an Israeli centrist, they don’t spend much time thinking about Palestinians in any way that is intrinsic to Israel. So Barnea doesn’t lay out how this bi-national state would look or operate. He probably is too depressed to do so. But just in conceding the death of two-states and pointing Israelis to whatever the next stage will be, is a milestone.

Neither Barnea nor I for that matter rejoice in the death of two states. While I wasn’t an avid partisan of two states, it did seem a reasonable solution if certain conditions could have been met. Alas…they couldn’t. Both Barnea and I realize that with the rise of the permanent right-wing majority in Israeli politics, there isn’t a hope in Hell for two states. If you wish to preserve democracy there is only one battle left: What will the future state look like that will incorporate Jews and Palestinians?

This will also lay the ground for a massive battle with the Israeli far-right, which will increasingly demolish the vestiges of democracy leading to a Jewish supremacist state that either physically expels non-Jews or heavily limits their rights so that the exist in a sort of semi-stateless limbo. Barnea doesn’t mention this at all. Again, it’s probably too painful a prospect to approach for a good classical Zionist who believed Israel would be both Jewish and democratic.

There is what I call a soft-right solution advocated by Moshe Arens which calls for annexing the West Bank and offering citizenship to Palestinians. But this theory is based on a settler-conceived hocus-pocus theory by Yoram Ettinger that there are only 1.5 million Palestinians, when every credible demographer acknowledges 2.5-million in the West Bank alone. There are another 1.5 million in Gaza: I haven’t a clue what they propose to do with them other than perhaps encourage Egypt to annex the enclave and so get it off Israel’s hands.

Ettinger’s “limited” plan would maintain a Jewish majority in such a unitary state. He would remove 300,000 Palestinians who’ve lived abroad for over a year from being eligible (thus rendering them stateless). He claims East Jerusalem Palestinians are “double-counted” in the demographic census. I have no idea what this means, but the upshot would appear to exclude them from Israeli citizenship. Further hocus-pocus will define them as stateless people and they’ll be pressured to leave or told they can stay as barely tolerated non-citizens.

The “soft-right” plan appears to be a more deft, sophisticated version of population transfer. It concedes the necessity of absorbing some Palestinians into Greater Israel, but so restricts the number so that Israel would retain a permanent majority. Undoubtedly, if the Palestinian minority ever threatened to surpass the Jewish majority, further political manipulation by the majority would prevent this from happening.

So you can begin to see the battleground before you. One state of some sort seems almost inevitable. The question is whether this single state will be democratic, semi-democratic, or a virtual Jewish-dominated theocracy.

One Response to Settlements Strangle Hope For Two State Solution