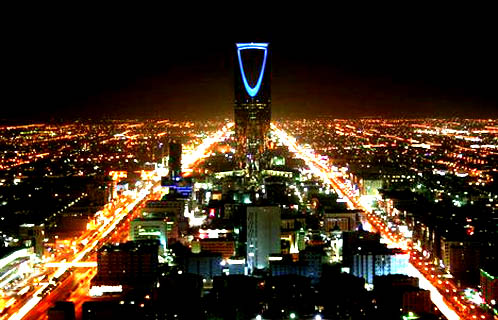 Dr Khalid Alnowaiser is a prominent Saudi lawyer. I have commented in the past on his columns in the Arab News. He has now weighed into the current social and political debate in Saudi Arabia – this time with an open letter to King Abdullah.

In the letter, he touches on all the contentious issues in Saudi society. He writes about the need for an elected council, a written constitution, decentralisation of government, more equitable wealth distribution, effective action against corruption, judicial reform, equal rights for women and the abolition of the Commission for the Propagation of Virtue and the Elimination of Vice.

He ends the letter by making the point that in the internet age it is no longer possible for governments to hide what is happening in their countries. And he urges the King to take proactive rather than defensive steps to save the Kingdom from the kind of turmoil that is currently wracking the region.

It’s an eloquent summary of reform-minded opinion in the Kingdom. His letter was published a couple of days ago in the Arab News. The virulent comments that the article attracted, together with a similar number of messages of support, show that opinion is sharply divided, especially on the highly contentious issue of the Commission (also known as the Haia or the Mutawa). More significant would be feedback from the Arabic media, since many of those writing in to the English-language Arab News are clearly not Saudi nationals.

Although the role of the Commission is only one of many issues Dr Alnowaiser has raised, it is nonetheless highly topical.

I have just returned from a visit to the Riyadh Book Fair, the scene of a well-publicised intervention by several individuals who appeared to be sympathetic to the ethos of the Commission – even though the Commission denied that they were members. These individuals disrupted a ceremony on the second day of the Fair. According to the Arab News:

“Several activists, alleged to be members of the Commission for the Promotion of Virtue and the Prevention of Vice, stormed the Riyadh book fair on Wednesday evening, roughed up participants and relayed orders through a mike for women to dress up properly and move graciously or face the consequences.

The Haia members also opposed the invitation of some intellectuals who have allegedly criticized Islamic teachings to the seminars being held on the sidelines of the exhibition.

The ugly situation shocked Minister of Culture and Information Abdul Aziz Khoja, who was also present at the fair at that time. “The situation was brought under control within no time,” said Mohammed Al-Abis, a spokesman for the ministry.”

Subsequently, as the Arab News reports, Dr Khoja’s remarks about the incident attracted a particularly nasty SMS from an individual who informed him that he would go to hell for his opinions.

It seems that the “activists” were also objecting to some of the books on display. I’m not sure which books they were finding fault with, but given that there were many thousands of titles on view, they would have had a hard job reviewing all of them! On the Book Fair, more in another post.

Returning to Dr Alnowaiser’s open letter to King Abdullah, I believe that there is a fundamental hurdle to be crossed before the Kingdom can become the nation that he ardently desires it to be. And that is the hurdle of ownership.

Saudi Arabia originally came into being by forcible unification. And among the ruling family there still seems to be a sense that they are the owners of the country and its resources. Whatever is granted to citizens – rights, land, public amenities, education, welfare and social programmes – is at the discretion of the rulers. The ruling family sees no issue with the use of resources to support the numerous members of the family and tribal leaders, because it sees that policy as an important contributor to the cohesion of society as a whole.

The transition from owner to custodian is one that the ruling family has yet to make. And a key element of that transition would be a written constitution that enshrines the rights and responsibilities of all citizens.

To use an historical parallel, in 1066, William of Normandy invaded England and became King William I. The England he conquered became a feudal society in which he and his supporters divided the country into fiefdoms and ruled by decree and custom. It took a century and a half for the King’s barons to impose a basic constitutional framework for the country – the Magna Carta. The Magna Carta was signed by the King and by twenty-five of his leading barons. Significantly, it was also witnessed by thirteen bishops and twenty abbots – testament to the power of the church in the affairs of the state.

It was only after a further five hundred years that the powers and prerogatives of the King were curtailed to the point that the main elements of the United Kingsdom’s constitutional monarchy finally emerged.

Saudi Arabia, which has modernised at a breathtaking pace since its foundation, clearly doesn’t face a journey of a similar length. And the parallel is inexact, because Britain still does not have a formal written constitution – the UK legal system is a construct of statute and common law slowly built up over hundreds of years. Saudi Arabia also has many laws, and claims that the Islamic Sharia negates the need for a written constitution.

But my point is that it is no easy process for a nation to move from a state where all things flow from a King and his family, to one in which a country’s wealth and resources belong, and are perceived to belong, to its citizens. And ultimately, to a state where all citizens, rulers and ruled, are accountable to a democratic body politic for the disposition of wealth and the administration of society.

It seems to me that these are the implications of the changes Dr Alnowaiser proposes. I’m not a lawyer (although I grew up in a legal family), and I’m open to being shot down on points of detail or principle by Dr Alnowaiser and other eminent lawyers.

I’m not suggesting that he is proposing a constitutional monarchy along UK lines. But certainly his proposals would move his country down that path.

He speaks to King Abdullah with great respect and loyalty. I’m sure he doesn’t underestimate the fundamental change in mind-set that the ruling family, and many of the Kingdom’s other powerful stakeholders, would have to undergo before the evolution he seeks becomes a reality.

But on one thing most of Saudi Arabia’s citizens, as well as the Kingdom’s foreign stakeholders, would agree – evolution is vastly preferable to revolution.