Is Saudi Encouraging its own Brain Drain? 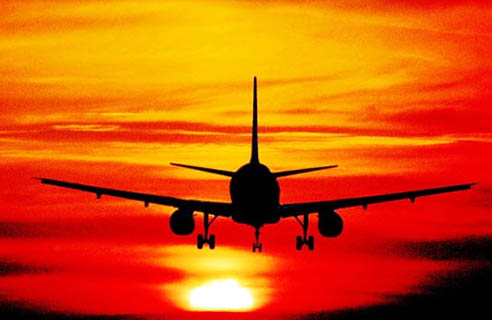 A couple of months ago my wife and I got chatting to a young woman at a party in Bahrain. Although she spoke with a perfect American accent, it turned out that she was from Saudi Arabia. She had studied in one of the best universities in the US, and now lived and worked in Bahrain. We asked her if she missed her family in Riyadh. She said yes, she did, but that she never intended to return. She had not been home for eight years.

As I mention in the introduction to this blog, I look at many current events and trends through the prism of history. In my last post about employment in Saudi Arabia, I talked about the extreme events in the 20th century – two world wars – that dramatically accelerated the employment of women in the United Kingdom beyond traditional boundaries. I suggested that these step changes are unlikely to occur in Saudi Arabia any time soon.

An article in today’s Arab News by Tariq Al Maeena, whom I consider to be one of the finest columnists in the Middle East, set me thinking again about historical parallels with the current situation in the Kingdom.

In his article, Settling in your neighbour’s yard, Al Maeena talks about an increasing trend among educated Saudis to seek their fortunes in neighboring countries. He maintains that in countries such as Qatar, social norms and legal structures make it easier for them to set up businesses or find employment in fields where they find themselves shut out of the job market in their own country. He quotes sources that put the number of expatriate Saudis in nearby countries at up to 8,000.

People emigrate from their home countries for a number of reasons. From the mid 19th century, there was a stream of emigrants from Ireland. Their motivation was economic. The famines of 1845 and 1852 decimated the Irish population. It’s estimated that a million people died of starvation, and that a further million left the country. The trauma of the famine led people to believe that their futures lay in the British mainland, and in the new worlds of the USA, Canada, Australia and New Zealand. Irish emigration continued for the next century and a half. The new emigrants were so successful that, according to studies in the US, 60% of today’s Americans have Irish ancestors – a heritage highlighted when US presidents Kennedy and Reagan made high profile visits to Ireland to “rediscover their roots”. If you visit Boston, you will find all around you evidence that the Irish tradition is alive and well.

As Tariq Al Maeena points out, Saudi Arabia is a wealthy country. Famine is unlikely ever to be a driver for emigration. But inability to find rewarding and fulfilling employment might be. If the 100,000-or-so Saudis currently studying in universities around the world under the King Abdullah Scholarship Program are unable to find jobs in the Kingdom that satisfy their aspirations, what are their options? A large percentage of scholarship students are women. And if they were able to fulfil their ambitions in other GCC countries where bureaucratic obstacles do not get in their way, why would they not do so?

So perhaps an unintended by-product of the Saudi scholarship program will be to trigger increasing emigration of educated and talented Saudis to areas where they feel that they can use their talents to the best effect. Not necessarily just to the GCC countries, by the way. There are many other regions of the world where Saudi technocrats can prosper. Their Western-honed skills combines with knowledge and connections in their home region could be of great benefit to employers in China, North America and the European Union. The Middle East is an economic powerhouse. Entry to that market depends more on relationships than in many other markets. So Saudi Arabia’s loss could turn out to be other nations’ gain.

And if the emigration that Tariq Al Maeena speaks about continues apace, it won’t be too long before success stories emerge. Saudi women in Qatar, the UAE or even the US who build high-profile businesses and become role models for their sisters at home. Such examples will either accelerate emigration or increase the pace of domestic reform.

The Middle East has a long history of migration and emigration. People have moved from one area to another to escape poverty, war and oppression. Millions, most notably from the West, from the poorer Arab countries and from the Indian subcontinent, have moved here simply to better themselves.

Could it be that the next wave of migration will come from the very class of people that Saudi Arabia sees as its future – potential contributors to the knowledge economy that the Kingdom, conscious of its depleting natural resources, has set its heart on fostering?

That would be a bitter harvest from the billions invested by the Saudis in the education of their people.