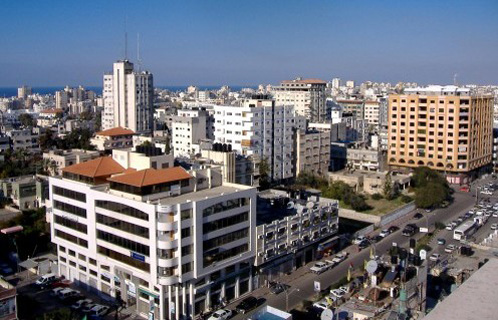 “Do you remember Mahmoud?” asked Abu Nidal, my neighbor from nearly 20 years ago, when I lived in Gaza.

“Yes, of course, I do,” I answered. I remembered him as yet another troublemaking child among the Nuseirat Refugee Camp’s numerous rabble-rousers. He was defined by a stream of snot that never seemed to dry. Although loud at times, he had always been helpful and pleasant. But now, unlike so many others who emerged from the camp’s rusty doors and narrow alleyways to greet me after my long absence, Mahmoud was nowhere to be seen.

“He is in heaven now,” said Abu Nidal. His voice, which had been so cheerful about my arrival, suddenly became muffled. The years of hurt over the loss of his son had culminated into one moment. He paused and wiped tears. A poster on the wall showed the face of a handsome, bearded man. He had been killed during an Israeli army raid into Gaza a few years ago. The poster dubbed him, “The Great Martyr Mahmoud Fa’iq al-Hajj.”

I placed my right hand on Abu Nidal’s shoulder and said, as is customary in these situations: “We are all your children.” Abu Nidal nodded gratefully, and the neighbors began recalling the names of other Martyrs. Soon, we began to read al-Fatiha, asking God to bless the souls of all those who had perished in Gaza.

It has been many years since I last stood here, in the Red Square. Named after the many people who were killed at the hands of Israeli soldiers during the First Uprising of 1987, the once open area has shrunk, like many other spaces in and around the refugee camp. The population of the Gaza Strip has grown significantly, as has poverty. Surrounded and besieged by Israel, 1.6 million people living in 360 square kilometers (139 square miles) are now exploiting every inch of this tiny and continually shrinking space. Still, Gaza persists.

I began my journey in Nuseirat at my old aunt’s house. She gazed at me in disbelief and cried intermittently throughout my visit. “Oh Allah, George is back,” she repeated, referring to me by my old name. When it was time to go she chased after me down the street for a last kiss, a hug and shed more tears.

The Martyrs Graveyard is now full to capacity. Desperately lacking space, some people had to resort to burying their loved ones on top of others, until the practice was stopped by the government.

My father was buried in an area called Zawydeh. In 2008, I was told he was buried in a ‘small graveyard,’ which encouraged me to attempt to find the grave on my own. However, the graveyard is no longer small and I spent over an hour trying to locate it. In the process, I learned that some of my friends and relatives have also died.

They include: my geography teacher, my Arabic and religion teacher, the kindly man with one eye who sold the strangest mix of items on a donkey cart, and a 13-year-old girl by the name of Fida, meaning ‘sacrifice’.

I found my father’s grave at last. My dad, Mohammed. The wonderful, loving, resourceful, angry, thundering and warm man. He never imagined he would one day be buried in Gaza. He wanted to go home to Beit Daras, his long destroyed village in Palestine. “I will see you soon, son,” he had told me many years ago, when I last saw him. I now wrote him a note, and buried it in the Gaza earth by his headstone.

“O peaceful and fully satisfied soul, return to your Lord…” read a verse of the Quran atop the white grave. No Cast Lead, no massacre could possibly interrupt the peaceful rest of the dead – not even in Gaza.

My mother Zarefah’s grave was in a different graveyard. It appeared much older than I remembered it. It lay close to my grandparents, and my two-year-old brother Anwar’s tiny grave.

My old house, which once stood relatively tall amid the other impoverished homes in my neighborhood, is now almost hidden from view. Its white walls have been dirtied by years and neglect. Abu Abdullah, the new owner, welcomed me in. A large man with a humble demeanor and a friendly but cheerless face, he walked me through the house.

While very little had changed after all these years, the ‘basketball rim’ my brothers and I concocted from rubber hose and fastened high on the wall was gone. I could almost hear my mother yelling as her five boys ran wild in the small space. “May Allah help me cope with all of this,” she would bellow, as she tried frantically to fix whatever we ruthlessly ruined.

I didn’t check to see if the bullet holes left by the rampages of Israeli troops remained where I last saw them. While I had dreamed of seeing this place again for so many years, it was now just too much to bear. I left hurriedly, despite Abu Abdullah’s repeated pleas to stay longer.

My English teacher, Mohammed Nofal, remained as I had left him, funny and hospitable. A few of my friends have been killed, but many others have remained steadfast, building, repairing, educating and surviving. The astonishing level of determination that has always defined Gaza is much stronger than I remember it. No one seeks pity in this place.

“There was a large building here,” I remarked inquisitively to a cousin at one point in my journey.

He replied casually. “It’s been destroyed in the latest war, but the people crushed the rubble, processed it into concrete and the building now stands on the other side of the street”. In Gaza, few discuss what has been destroyed, but many speak of rebuilding.

As I waited for a taxi to take me to the town of Khan Younis, I spotted the Akel falafel stand. Here we had once spent my dad’s loose change on Falafel sandwiches and Barrad-flavored crushed yellow ice.

I held onto my plastic cup of Barrad all the way to Khan Younis in the south of Gaza, taking careful, slow sips. It tasted exactly as I remembered it from when I was six years old. Since then, nothing in the world has tasted better.

“Now the Egypt border will be open for good, you should come back to Nuseirat for more Barrad,” said a friend.