Qatar’s Villaggio: No Whitewashing of the Truth 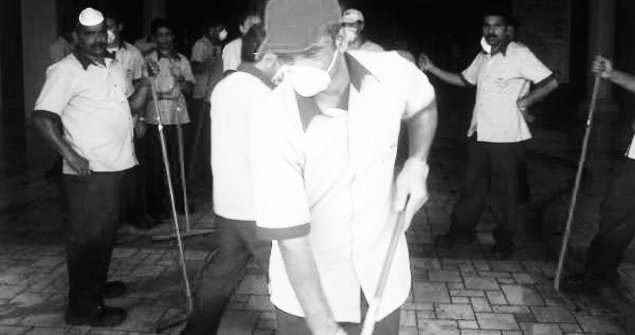 The appalling tragedy at Qatar’s Villaggio Mall has caught people’s attention for a number of reasons. Thirteen children died in the fire, nineteen people in total. There are heartrending human stories still emerging – including the firefighter found dead with two children in his arms and the teacher who texted her aunt to tell her she was dying.

Many of the injured were firefighters, who point to a faulty sprinkler system, a lack of maps showing emergency exits and other issues with the mall’s safety procedures. Part of the regional resonance of the story is few people here believe that health and safety is taken seriously in malls and other public places.

Yesterday, Qatar’s attorney general ordered the arrest of the mall’s owner, the owner of the nursery in the mall and the mall’s manager, assistant manager and assistant director of security.

The chairman of Villagio Mall is Mr. Abdul Aziz Mohammed Al-Rabban, a widely respected local businessman (a partner in Virgin Megastore retail group Azadea) and Undersecretary of the Emiri Protocol at the Emiri Diwan. The owner of the Gympanzee day care and play centre is Iman Al Kuwari, the daughter of Qatar’s Minister of Culture, Arts and Heritage.

With enormous global media attention on the fire, Qatar’s authorities are under pressure to act in this matter and the arrest of two major public figures is an interesting development. While it is conceivable that the mall owner could be held responsible if it is shown that he deliberately cut corners, ignored warnings from staff and so on, it’s more likely reasonable to assume that a management team in place would be responsible for these details.

Similarly, Al Kuwari apparently threw herself into the blaze to try and rescue children from a daycare and activity centre she set up very publicly in January 2009 – the Socal Affairs Ministry and Supreme Education Council have been quick to wash their hands of it (yet had three years to ask any questions they might have found relevant), but the business appears to have been duly licensed by the Ministry of Business and Trade to be ‘a centre for children’s amusements’. It’s hard to see how she’s put a foot wrong. (One interesting side show is that a very slick and well-orchestrated pro-Al Kuwari campaign has started, possibly so well orchestrated that it could just backfire!)

If these high profile figures are exonerated, I can see the howls of ‘whitewash’ ringing out. And yet surely the answers are likely to be found lower down the food chain, with the people entrusted with the day to day operation, security and safety at the mall?

It’s certainly a wake-up call for mall managers and operators here in the UAE. It’s such a shame it took nineteen deaths to make it.

One Response to Qatar’s Villaggio: No Whitewashing of the Truth