‘Power Vacuum’ At Heart of Troubles in Libya 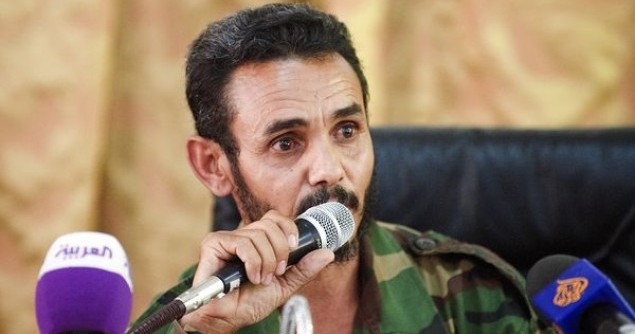 Attacks on both the US and UK delegations in Benghazi, fighting in Kufra, the detention of four officials from the International Criminal Court – more evidence that Libya’s weak transitional authorities are unable to impose law and order. The young men who took up arms against Gaddafi refuse to submit to the old men who now make up the National Transitional Council and the interim government.

It is tempting to blame the revolution, or at least the revolutionaries, echoing the young woman who worked for The Guide (as she always called him) who told me: “I have to tell you democracy will not work here. It’s not possible with Arabs.”

In fact, the problem is lack of democracy. Until there is an elected government, these problems are likely to multiply. The elections for an assembly to replace the National Transitional Council have been delayed from June 19th to July 7th, but they still provide the best hope that a new government, appointed by the assembly, will be able to assert itself. “If we can get the elections done well then we’ll have a government with a better basis of legitimacy which can act on these issues,” said Ian Martin, the UN Special Envoy to Tripoli.

Libya’s was the only true revolution of the “Arab Spring”, in which the entire apparatus of state was overturned. Not that there was much in the way of a state – Gaddafi invented parallel institutions so that he could use one to counter decisions made by another, to the point where no-one but him made decisions at all. Unlike in Egypt, where they are struggling to chip away at the seemingly immoveable pillars of the old regime, in Libya the whole edifice crumbled. It’s Year Zero in Tripoli.

The incidents of the last two weeks are a symptom of the resulting power-vacuum, but not necessarily connected. The problem is that everyone with a grievance is turning to violence or protest, not that Libyans share the same grievance against the new authorities.

The Zintan Brigade detained Seif al-Gaddafi’s lawyers because one allegedly had undeclared documents and a secret recording device. The issue is not the facts of the matter, but the Zintanis’ failure to understand that by holding the foreigners they are damaging the country’s chances of putting Seif on trial in Libya. Only after the ICC officials are released can the facts be established.

Similarly, the brigade from Tarhouna which briefly occupied the airport last week do not understand – or do not care – that their actions jeopardise the whole country. The interim President Abdel Jalil has failed to convince Libyans that the interests of the nation must trump the perceived interest of any individual militia or region. Initially, his weakness was his strength – with his small stature and diffident manner, he was as great a contrast to Gaddafi as you could imagine. Now, however, the situation demands stronger leadership, which all Libyans regard as legitimate.

The attacks in the east are of a different nature. Jihadi groups, probably angered by the drone killing in Pakistan of Abu Yahyia al-Libi, Al Qaeda’s Number 2, are flexing their muscles. This is a much more serious problem, not least because it’s reported that US drones are surveying suspected jihadi camps near Derna.

Any attack on Libyan territory would most likely unite Libyans against the US, which would switch from ally into enemy in a single day. The current divisions are healthy. When 300 armed men flying black banners drove their armoured vehicles into the main square in Benghazi last Thursday, counter-demonstrators, including women, carrying the tri-colour Libyan flag pushed them out without incident.

Anyone who thought that Libya would go from dictatorship to democracy overnight was dreaming. Elections in July will not solve all the problems nor quell all the violence. But after successful local elections in Misrata and Benghazi, and enthusiastic voter registration even in the fractious south, there is still a reasonable chance that Libyans can start to build a new state in the place of the ruins Muammar Gaddafi left behind.

Lindsey Hilsum is the author of Sandstorm; Libya in the Time of Revolution