‘Poetry of the Taliban’: Worth All The Fuss? 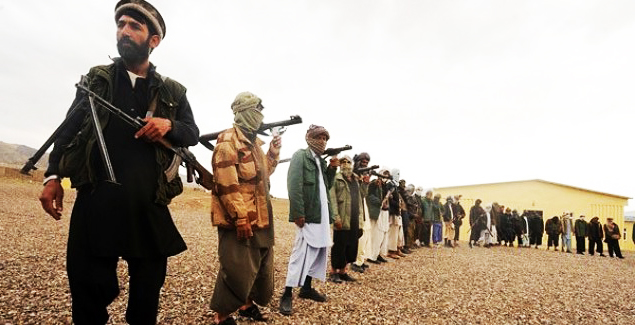 The forthcoming collection Poetry of the Taliban, which contains some 200 poems translated from the Pashto, is getting a little buzz in the UK. The Talibani literary tradition is not related to the Arabic, according to the book’s editors, but, “draws upon Afghan legend and recent history as much as upon a long tradition of Persian, Urdu and Pashto verse.”

Still, it’s relevant here, as there has been similar (voyeuristic) interest in poetry recited by Osama bin Laden and whatever nonsense Saddam Hussein called literature and scuttled about.

So I was half-intrigued by the debate, and half by a comment on Twitter from NYTimes correspondent Rod Nordland:

In fact, editors Felix Kuehn and Alex Strick van Linschoten don’t suggest they’ve put together this collection for its aesthetic value (” a fascinating insight into the minds and hearts of these deeply emotional people”…cough) and surely they were aware of its potential shock value.

No, I don’t find myself agreeing with retired army colonel Richard Kemp, who was not particularly nuanced when he told The Guardian, “What we need to remember is that these are fascist, murdering thugs who suppress women and kill people without mercy if they do not agree with them, and of course are killing our soldiers” and, “It doesn’t do anything but give the oxygen of publicity to an extremist group which is the enemy of this country.”

Nor can I agree with Rod Nordland, who decides that, “considering the source,” the poetry must ergo be drivel. It would be a much tidier sort of world if bad mean people wrote bad poetry, and good and genteel people wrote good poetry. And I suppose that it’s highly unlikely that the editors found anything like “good” poetry, since they weren’t necessarily on the lookout for that — rather, to show off the “minds and hearts” of these “deeply emotional people.”

Also, as our friend Zora notes below, literary translators are usually sympathetic readers. In this case, of course, that’s less likely.

I suppose it’s not the end of the world if this collection is translated for its “anthropological” value, (with perhaps a good shake of “shock and titillate”). I guess worse things have happened, although one would prefer better.