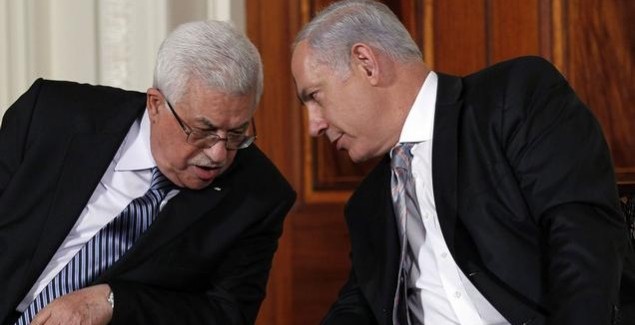 After two decades, peace talks between Israelis and Palestinians have failed to bear fruit or bring about two independent states for two peoples. Recent polls demonstrate that as a result, Israelis and Palestinians are growing sceptical about the viability of a two-state solution. However, the most commonly discussed alternative, a single state with equal rights for Palestinians and Israelis, has not been taken seriously by either side.

According to a poll conducted last month by Hebrew University’s Harry Truman Center and the Palestinian Center for Policy and Survey Research, roughly two-thirds of both Israelis and Palestinians believe the chances of implementing a two-state solution in the next five years is low or non-existent. The one-state solution, on the other hand, enjoys the support of only one-third of both peoples, although it has increased by over 10 per cent in the past year.

But the lack of confidence in a two-state solution and limited support for a single state should not mean the conflict is destined for intractability. Other options exist. Those which creatively incorporate elements of both the two and one-state models are being examined by some Israeli and Palestinian civil society groups and academics. And this simple act could yield positive results.

One explanation of the low support for the single state solution is the suspicion both Israelis and Palestinians have of each other’s intentions. Many people on both sides view such arrangements as favouring the rights and national aims of one side over the other, thereby framing the conflict as a zero-sum game.

We need to “expand the pie” and reformulate the zero-sum equation to one in which the two sides share resources like land, instead of dividing them. Such a framework could focus on the new benefits both sides stand to gain, rather than what each side must compromise on.

In the Palestinian-Israeli conflict, there are two widely ignored alternative models that do just that.

One model is a federation between Israel and Palestine that acknowledges the intimate and small geographic area of the land, while addressing the different communities and ethnic groups’ desires for national self-determination. Unlike past proposals that envisioned a wider regional federation that would include Jordan, the current models limit themselves to Israel and the Palestinian Territories.

Most federal models include a number of administrative regions that are largely autonomous but still subordinate to a federal government whose jurisdiction is limited in scope to areas of shared concern. The sovereign concept of territorial control is maintained while obviating the need to sacrifice territory.

The federal model offers an interesting solution for Jerusalem, which both Israelis and Palestinians claim as their capital. The holy city would be the seat of a federal government that serves both nationalities equally. Administratively, it would fall under the control of no single national group or district.

One group promoting a federal model is the Federation of Israel-Palestine, a civil society group composed of both Palestinians and Israelis that focuses on new potential mechanisms for solving the conflict. Late last year the group planned to hold symbolic elections for 300 districts within Israel and Palestine to form a third, federal government. Palestinian anti-normalisation protesters, however, prevented the event from taking place, highlighting the difficulty of introducing alternative ideas into the mainstream.

Another model being discussed is also composed of separate Israeli and Palestinian governments within a single state, but unlike the federal model it does so without delineating internal geographic boundaries. The idea, which has not been implemented anywhere else in the world, was formulated by Israeli and Palestinian academics working with Lund University, in Sweden, on the Parallel States Project. In this project’s model, parallel state governments based on national identity would govern religion, culture and nationality for their citizens regardless of where they live within the territory. The two governments would coordinate security, infrastructure and other areas of shared concern.

These models face serious challenges and have significant shortcomings; neither adequately addresses how military and security forces are controlled or defines their role. Another problem is that an end to violence must precede any resolution that does not physically separate the two sides. While they have yet to gain traction amongst the general public, they are becoming better known in civil society and academic circles.

By combining and incorporating elements of both one and two-state solutions, there is an opportunity to reformulate the stakes and expand the possibilities for reaching an agreement.

Surely, if the current process and ideas are not working, it can’t hurt to look at others. Introducing new ideas into the Israeli and Palestinian discourse could revitalise the peace process and reveal undiscovered paths to overcoming seemingly intractable differences that have led to its stagnation.

Michael Omer-Man is a journalist based in Jaffa, Israel, focusing on the Israeli-Palestinian conflict with a particular interest in grassroots initiatives on both sides. He has an academic background in conflict resolution.