Palestine: Where Israel ‘Field Tests’ Both Its Own and American Weapons 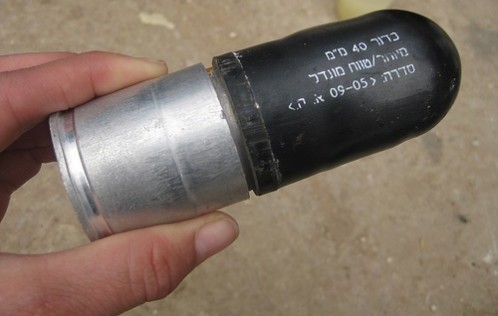 Last Saturday, Omar Barghouti stopped in Oakland, CA as part of his current West Coast tour. The lecture was billed as “Occupy Wall St., not Palestine,” and Barghouti made the case that it makes “perfect sense to think of Israel as part of the global one-percent in War Inc.” He touched on the relationship between U.S. and Israeli weapons manufactures, suggesting that Israel’s behavior as a “garrison state” enables more customers for U.S. produced weapons.

Weapons are used by Israel on Palestinians and then the U.S. manufactures sell the “field tested” weapons to other countries, and at times also to “Israel’s enemies.” Barghouti finds the Israeli occupation functions as a training ground for what amounts to an estimated $4 trillion spent by the U.S. government on occupation wars, in the past 10 years.

However, Barghouti’s remarks on Israel as part of the “global one-percent” were brief, and the most captivating part of his lecture was his recounting of the first Intifada.

In the first few weeks of the Intifada, Israel shut down all Palestinian universities. Barghouti explained that only a few months after the university closures, all 1,194 Palestinian schools in the West Bank and Gaza were also shut down. Next came the kindergartens, until every educational institution in the occupied Palestinian territories were forcibly closed. This prompted Palestinians to build an “illegal network” of schools. These underground classes were described as a popular mode of resistance, where everyone participated, because everyone was affected.

But the closures of Palestinian schools, Barghouti told us, were not the first major assault on Palestinian education. Referencing an Israel researcher’s dissertation, Barghouti said during Nakba, Israeli paramilitary groups “pillaged all of our books.” Over 10,000 books were destroyed, and thousands of others are now held in Israeli universities. Granted, targeting a people’s history is not unique to the Palestinians. The 1992 Serb bombing of besieged Sarajevo’s municipal library and the Oriental Institute destroyed over 50,000 books and as well as a major Ottoman archive with over 200,000 documents. Libraries are historical records of existence, and like the books in Sarajevo, those destroyed by the Israelis constituted an attempt to erase knowledge of history. However, Palestinians have found ways to build new archives, often collecting archival photographs and oral histories. Barghouti contends, “they can colonize our lands, but they can never colonize our minds.”

Recounting this particular event during the Nakba ended up being useful during the question and answer period where one audience member asked about Barghouti attending Tel Aviv University, and others felt queasy about the boycott of academic and cultural institutions. Barghouti explained that though he received a Masters degree from Tel Aviv University, it does not negate Israel as an Apartheid state. He referenced South Africa, where black South Africans under Apartheid also attended university. Barghouti noted that it is the structures of discrimination that denote an apartheid system. In Israel’s case he pointed to access to education and the role of academic institutions in furthering the two-tiered system of citizenship. He was adamant that there is no contradiction between Palestinian citizens of Israel seeking services that they pay taxes for while advocating for an end of the Apartheid system in the universities they attend.