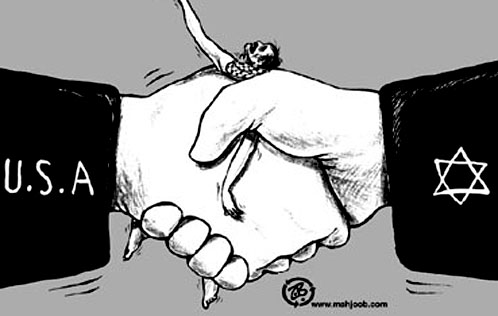 Something interesting is happening in Washington, DC the Capital of our nation, the home of one of the most influential and well endowed Israeli lobbies in the world – AIPC; and Israel’s largest Embassy installation, along with its close allies and web of affiliates that stretches every public and private sector in the US; and the seat of the largest political collection of pro Israeli senators and congress men and women and their staffers.

On November 14th “DC Riders for Peace”  launched a second one month advertisement campaign urging an end to U.S. military aid to Israel. This campaign is sponsored by DC-area human rights groups and supported by individual peace advocates. The ads were posted inside Washington Metro Area buses for four weeks ending today. For an entire month and every day more than 100,000 people across DC, Maryland  and Virginia rode on one or more of the 600+ buses mounted with “DC Riders for Peace” advertisement that called for the “End of US Military Aid”. http://www.wiamep.org/dcrfp/  . Interestingly since November 14th, and throughout the entire campaign, not an article, word, whisper was written or spoken denouncing these ads or their sponsors.

Since March 2011 and during the first  and second advertisement campaign, “DC Riders for Peace”  handed out leaflets across DC metro area asking Americans one simple question: has our $61.3 billion military aid to Israel serve our interests and strategic objective in advancing the two state solution advocated by every US president . “DC riders for Peace” simply ask is it fair that Congress is considering Social Security cuts to the elderly, while we continue to squander and divert our hard earned taxes; draining our precious resources and underfunding domestic programs; to an Israeli government that is committed to maintaining Israel’s settlement expansion in the West Bank and East Jerusalem, the suffocating Gaza Siege and an occupation that is counter productive to the Palestinians, Israelis  and our own interests.

In the past, any individual, coalition, group or organization who dared to question our military support for Israel would have been taken to task, labeled anti Semitic and disclaimed – but something interesting is happening that has offered the space for Americans to begin reflecting on our failed efforts to bring meaningful peace among Palestinians and Israelis.

First amongst them is a swell of grass root support for ending the Israeli occupation. In addition; our lonely unconditional Israeli support, which is contrary to the sentiments of the vast majority of the world; The Arab Spring that has changed the decks; our dire economic conditions; and last but not least Natanyahu’s  belligerence and his extremist far right government. All these conditions – collectively – have brought about a new dynamic and a shift in the political paradigm that has brought a fresh perspective in the US and its capital.