Iran’s Capture of the U.S. Stealth RQ 170: Let Speculation Begin on the Fallout 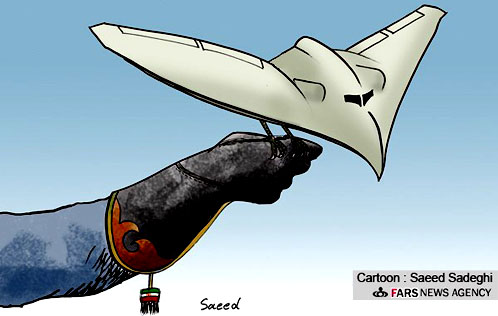 So Iran did actually manage to get a hold of one of America’s drones this time? I would imagine that there are some highly concerned people in Washington and some people buying air tickets and grabbing bags full of cash in Moscow and Beijing.

Iran insists that it remotely jammed the UAV and landed it on purpose. But Iran lies quite a lot about these things. Their technology is, obviously enough , enormously inferior to America’s, but America’s hubris knows no bounds: hence the debacle in Iraq with the feeds from UAVs. Certainly, it is not beyond the realms of possibility that Iran hacked the feed and took control of it (their asymmetric warfare capabilities need to be noted as significant, in particular) but it is more likely that either 1) a technical error from the US side caused the issue or 2) Iran managed to scramble the signal somehow. Either which way, these UAVs are designed to land themselves somewhere flat so certainly it didn’t need the Iranians to guide it down.

Certainly, this is a blow for America. How bad a problem remains to be seen in a few years when grainy footage emerges from a Chinese military base of a wing shaped UAV taking off.

Yet such a UAV has such eventualities taken into account; there is some degree of expendability built in.This is not to try to minimize the loss; as Michael Dunn notes, now for one thing Iran will be able to learn exactly what the RQ 170 actually does (i.e. only photography, sigint, radar suppression etc or some combination thereof).

There are, of course, two other possibilities entirely. 1) That Iran has made this out of leftover polystyrene and sticky back plastic or that 2) this is some enormously elaborate sting by America. Neither are that likely, but neither can be ruled out. Let the speculation begin.

One Response to Iran’s Capture of the U.S. Stealth RQ 170: Let Speculation Begin on the Fallout