Obama set to Disappoint Friends Around the World 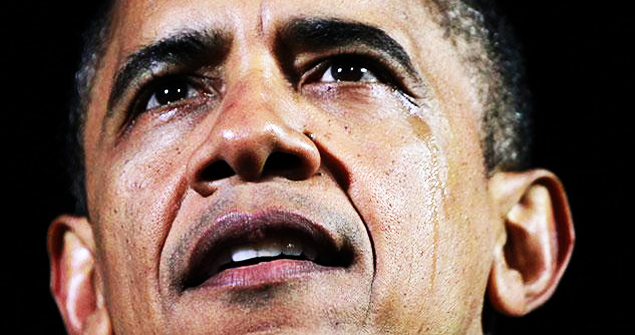 The re-elected President Barack Obama is likely to disappoint his friends around the world. Many would like to see him restart the foreign policy that he described when he was first elected, and launch a new inclusive one, in which the US works with the Muslim world as an equal partner. This would involve the US tackling Israeli Prime Minister Benjamin Netanyahu’s government on occupation and start a dialogue with Iran on how to find an agreed solution to the nuclear programme stand-off.

Obama failed to deliver this vision in his first term, and sadly, it is unlikely that he will use his second term to re-find his sense of purpose in the world. Obama was voted in by Americans who are deeply worried about their economy, and care little for the outside world.

In addition, the House and Senate are now divided, with a Democrat Senate re-invigorated by the Republicans’ failure to capture a few key seats, and a Republican-dominated House of Representatives.

This difficult political situation means that dramatic domestic breakthroughs are not going to happen, particularly since the collapse of any bipartisan sense of wanting to work together to find the essential compromises that are needed to govern the US.

In turn this means that Obama will spend an inordinate amount of time struggling to get vital economic legislation through Congress to avoid disasters like the ‘fiscal cliff’ and seek to regenerate the economy. Any initiatives that Obama might have wanted to launch with Congress support are unlikely to succeed.

In addition, Hillary Clinton has said that she will no longer continue as secretary of state. She leaves with a glowing reputation as a hard worker at the very top of government, who has also shown conspicuous loyalty to her successful rival for the Democratic nomination. Maybe she will now position herself for a run at the top job in four years?

Obama has to find a new secretary of state. The favourite at the moment is the very experienced Senator John Kerry, Chairman of the Senate’s Foreign Relations Committee, who wanted the job four years ago, but also in the running are UN Ambassador Susan Rice, who is close to Obama and is a rising star in Washington; as well as Tom Donilon, National Security Adviser, who is one of Obama’s true inner circle of decision-makers.

Just for fun (or maybe with a grain of reality) Washington’s political gossip writers are also punting a complete outsider who would be a real shock: Keith Ellison is the first Muslim elected to Congress, as well as the first black congressman from Minnesota, and has brought great passion to his debating on foreign policy issues.

But whoever heads up the Department of State, not much is likely to change. It would need a real political earthquake to rediscover the spirit that Obama unleashed in 2009 when he spoke in Cairo to the Muslim world and urged “a new beginning between the United States and Muslims around the world, one based on mutual interest and mutual respect, and one based upon the truth that America and Islam are not exclusive and need not be in competition. Instead, they overlap, and share common principles — principles of justice and progress; tolerance and the dignity of all human beings”.

In 2010, Obama addressed India’s joint houses of parliament and said: “The US not only welcomes India as a global power, we fervently support it, and we have worked to make it a reality, With India assuming its rightful place in the world we have an historic opportunity to make the relationship between our two countries a defining partnership of the century ahead”, and he endorsed a permanent place for India in a reformed UN Security Council.

But this soaring vision did not transform into reality. Israeli colonies are still being built and expanded on the West Bank rather than being demolished. The dialogue between Iran and the US lasted a few weeks, and reverted to mutual suspicion, now bolstered by an increasingly grim sanctions regime.

Drone attacks continue to outrage public opinion in both Afghanistan and Pakistan. And Guantanamo Bay prison which operates outside US law remains open, despite Obama’s specific promise to close this moral outrage during his first year in office.

The new Democrat administration would generate a huge amount of goodwill if it chose to do something about any (or all) of these problems. What is needed is that Obama’s officials will have to drag their eyes off from their domestic problems, and find the courage to act.