Norman Finkelstein: No Traitor to the Palestinian Cause 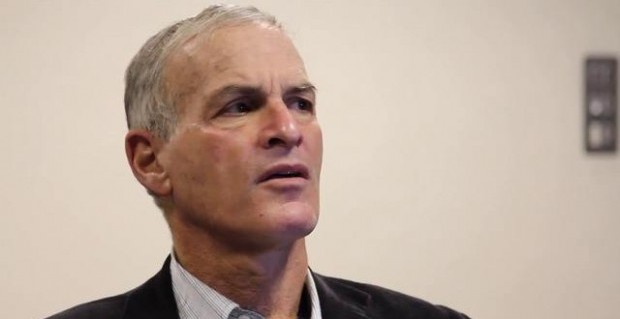 In a taped interview in London’s Imperial College Norman Finkelstein surprised many Palestinian supporters and delighted Israeli supporters by suggesting that the Boycott Divestment and Sanctions (BDS) global campaign intends to destroy Israel. Soon after New York Jewish Week published an article stating the following “Norman Finkelstein, the son of Holocaust survivors whose anti-Israel statements and actions got him barred from the country until 2018 for suspected ties to Hezbollah terrorists, has now become the darling of pro-Israel bloggers — sort of — and a traitor to Palestinian supporters.”

Despite this recent episode Norman Finkelstein remains an important advocate and ” co- resister” of the occupation and his views and positions are of value to those involved in this struggle. It is important to note that Finkelstein openly states that he supports BDS but questions the goals of some of its supporters whom he believes are intent on destroying the state of Israel. As an active BDS member Finkelstein’s view on BDS while incorrect are important to consider. His views provide the possibility of engaging and informing a wider sector of the larger community whether supportive of Palestinians or Israelis on the strategic objectives of the merits of the BDS global movement.  Also his opinion and perspective on BDS provides an opportunity to counter and refute the argument that the BDS movement harbors a hidden agenda to destroy Israel.

While it is accurate to suggest that the BDS non-violent movement is intent on changing the political Israeli paradigm of oppression and occupation, its military laws and illegal settlement policy and expansion that has inflicted a heavy human price on both Israelis and Palestinians; it is also true that BDS has refrained from identifying a political solution. Since inception BDS has not committed to a two state solution or one state solution. BDS has maintained that whether the future holds a single state, a confederation of states, two states or any other alternative is not an objective outlined by the BDS founders or its supporters.

Its flexible approach allows the future political perimeters to be determined and charted by Palestinians and Israelis. In fact some argue that BDS’s strategic omission of endorsing one or two states is the reason why it has successfully attracted many human rights advocates, faith groups and human rights organizations who have built a far reaching global grass root movement resolved on promoting and supporting genuine justice and democracy for both Palestinians and Israelis.

BDS offers activists and “co-resisters” of the Israeli occupation a genuine inclusive tool to liberate both the oppressor and the oppressed and equips its supporters and activists a productive and hopeful non- violent strategy. Finkelstein is clear the current Israeli State and its policies are unsustainable and are already cracking. Accordingly Palestinians and Israelis must strategically begin preparing for an end of the Israeli occupation and the inevitability of a political configuration to advance the genuine just peace they envision. BDS is one strategy of many that has provided the space for such an endeavor, but unlike other strategies it has not outlined the parameters of a lasting and sustainable solution.

Regardless, whether BDS supporters may agree or disagree with Norman Finkelstein’s views on BDS, he remains an advocate for Palestinian right to self- determination and is openly committed to the relevance of international law in ending the Israeli occupation. Finkelstein has never ceased to condemn Israel’s Gaza blockade and in the strongest terms  opposes Israel’s settlement policies and expansion. He has been at the forefront advocating for Palestinian rights losing his tenure at De Paul University, is barred from visiting Israel, and has suffered vicious attacks by Israeli extremists and their supporters. For thirty years Finkelstein has played an important role in shedding light on Israel’s oppressive policies. His public stands and interest in ending Israel’s oppressive policies are sincere and consistent and for that he deserves our gratitude and continued support.

5 Responses to Norman Finkelstein: No Traitor to the Palestinian Cause