‘No’ To Democracy, ‘Yes’ To Racism. What Hope for Israel? 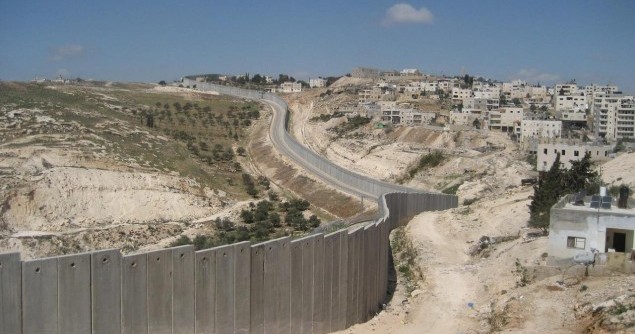 A recent poll conducted by  the Dialog polling company on Israelis’ attitudes about Israel’s expansionist policies and Palestinians demonstrates the predictable outcome and the moral cost of Israeli policies. For decades the Israeli government primarily focused on four objectives: control the Palestinians, expand Israel beyond the 1967 borders, dominate the region, curb the population growth of its non- Jewish population. Understandably the results of the poll reveal the impact of these policies on the moral compass of Israelis. The Dialog poll findings indicate that if and when Israel annexes the West Bank and East Jerusalem, Israelis “will support apartheid” and alarmingly suggests that Israeli Jews deliberately and unabashedly “want to discriminate against Israeli (Palestinian) Arabs.”

To some Israelis, their American supporters and even Palestinians these findings may come as a surprise. While most are familiar with the moral demise of Israel’s IDF soldiers and their abusive practices in the  Palestinian Occupied Territories and Gaza; but this stark evidence that the majority of Israelis’ embrace anti democratic principles and openly harbor racist views of Palestinians including Palestinian Israeli citizens living in the state of Israel is nevertheless very disturbing.

These views did not spring out of vacuum- they have been sown and cultivated since the inception of Israel. The state of Israel built the conceptual framework for nationhood and political socialization through its mandatory military service. For Israelis membership in the Israeli Defense Forces (IDF) is the hallmark of citizenship, ethnicity, belonging, and honor sweetened with special privileges. In addition Israel’s founders understood that democratic values have limitations that can infringe on Israel’s political and regional objectives and can be suspended when necessary. This notion was well articulated by Zionist leaders many years before the creation of the state of Israel. In 1920 Labor Zionist leader Berl Katzenelson said that “beyond the procedures of formal democracy, there are aims, goals, and values that, in order to be achieved, permit it to be comprised.”

Israel’s compulsory two year military service of its young men and women is a differentiating tool- marking the distinction between Israeli Jews and Palestinians and even discriminating among its own Jewish citizens based on their contributions and service in the IDF. Military service glorifies each IDF soldier and general as selfless heroes armed and prepared to act for the common good of the state of Israel- while the rest are obstacles in the path of Israel’s demographic purity or a taxing burden on the Israeli society.

Molding IDF soldiers’ conceptions of the enemy became a powerful mechanism to promote Israel’s political ideological conformity, legitimize hegemony, and to militarize its citizens. Since 1948 Israel has deliberately shaped its ideal “citizen soldier” either through the ethnic cleansing of the indigenous Palestinian inhabitants from their historical lands and properties; since 1967 enforcing Israel’s military occupation of the Palestinians and serving as the protectors and enablers of its illegal settlement policies; and administering, controlling and maintaining the siege of Gaza while calibrating their food intake.

The functionality and utility of Israel’s militarized socialization are beyond the scope of war, conflict or the occupation. The mandatory IDF service is Israel’s effective political socialization instrument involving the majority of Israelis and providing Israelis one common experiential process to transmit political ideological values and goals. Its function and design is to shape the consciousness and belief system of Israel’s young, its future leaders, and amalgamates one shared understanding of the role and purpose of Israel’s “citizen soldiers.”

Service in the IDF is also a useful assimilating vehicle capable of absorbing Jewish immigrants arriving from various countries, traditions, customs, values, and belief systems, social and ethnic backgrounds. The IDF is Israel’s national expression and tool that help it respond to its disparate composition, to mold conformity and unity, accept and execute Israel’s power paradigm and maintain its dominance over Palestinians and others in the region. Israel’s soldiers whether born in Israel or recent immigrants implement Israel’s political objectives with unquestioning acceptance. The IDF prepares and readies many to squash any political dissent- violent or non violent that challenges Israel’s military practices or its policies.

For the Israeli government, military service helps maintain its political and military domination and absolute control. It provides the state of Israel a process and format to build social and cultural consensus encompassing the entire fabric of society including the private and public sector. Where IDF soldiers and generals become its protective future leaders, politicians, and merchants. Israel’s “citizen soldiers” are the beneficiaries who hone their military skills based on one central military experience in the West Bank, East Jerusalem or as keepers of the Gaza blockade. Later they become the face of Israel- defending its practices, promoting its weaponry and its infringing security apparatus worldwide- all tested and demonstrated in the Palestinian Occupied Territories and Gaza.

In addition the paradoxical claims of the founders’ of Israel and the day-to-day reality and function of the state of Israel is a contradiction well understood and accepted by Israelis. In 1948 when the State of Israel was founded its Declaration of Independence states that Israel “will be based on the precepts of liberty, justice and peace taught by the Hebrew Prophets; will uphold the full social and political equality of all its citizens; without distinction of race, creed, or sex; will guarantee full freedom of conscience, worship, education and culture; will safeguard the shrines of Holy Places of all religions, and will dedicate itself to the principles of the Charter of the United Nations.”  Meanwhile Israel’s Declaration of Independence first signer and Prime Minister Ben-Gurion declared with little apprehension that “democratic statements need not stand in the way of what needs to be done.”

Since the very beginning Israeli founders, government and citizens were well aware of the negation between assuming democratic values in principle that will not necessarily be fully articulated, embraced, or protected by the Israeli government, its military or  judicial system.

The IDF military experience made it possible for Israelis to internalize, adapt, adopt and accept democratic values as conceptual ideals that can be ignored to advance their state’s political expansionist ideological objectives.  Not surprisingly the contradiction between the character and values of Israeli citizenship while unresolved is barely contested. Israelis find no inconsistency in enjoying special privileges uniquely bestowed upon them as citizens of Israel while maintaining Israel’s occupation, or infringing on the rights of others including Palestinian citizens of Israel who have lived in their ancestral homelands before and since the creation of Israel. Consequently Israelis willingly or unwillingly compromised and desensitized their young IDF soldier to torture and abuse.

In 2011, The Freedom House World Human Right index ranked Israel at 92 in the company of the Republic of Congo, Zambia, Lebanon and Ecuador. Israelis paid little attention to their own role as active members or former soldiers in influencing Israel’s poor human right’s record.

Few questioned their abusive role in trampling over the rights of others or their responsibility in tarnishing Israel’s international standing. And fewer assessed their own function as the executers of Israel’s human right abusive policies. Most Israelis ignored to consider the consequences of their own activities in violating the human rights of Palestinians and others. Allowing these abusive attitudes to spill and engulf every group they interact with especially those who stand in Israel’s quest for its demographic purity- Palestinians within the 1967 borders, Palestinian Israelis, foreign workers, Africans, and immigrants. Israel’s ongoing human rights violations is a manifestation of its military policies, where the political socialization of Israel’s “citizen soldiers” shelters all Israelis from blame and absolves them from any direct responsibility.

But that does not mean that Israelis are doomed to continue this path. Within Israel there are glimmers of hope that can bring about considerable change- while small they are the moral seeds of considerable potential to influence and change attitude and values. In the US every injustice first perceived as the social norm, mainstreamed and accepted by Americans, was challenged by a handful of courageous principled people and organizations. In due time Americans responded to the call of the few morally conscious. While at the time their numbers were small their persistence and determination in evoking our country’s collective moral potential they managed to deliver considerable success transforming American cultural and social beliefs-  their good efforts for calling us to higher ethical standard were eventually embraced spurring radical constructive change.

In Israel a number of young and former IDF soldiers are demonstrating their desire to correct past wrongs. The Palestinians non violent peaceful movement has also found receptive Israeli partners  and Jewish organizations who are walking along their side protesting Israeli policies and IDF atrocities- these few moral giants will awaken Israel’s moral compass. Their vision for a better Israeli citizen, neighbor and friend free of cruelty and fear is the hope of every Palestinian, Israeli and international peace and just advocate. Yes they are baby steps but every change begins by the kindled conscience of the very few who refuse to be unheard.

One Response to ‘No’ To Democracy, ‘Yes’ To Racism. What Hope for Israel?