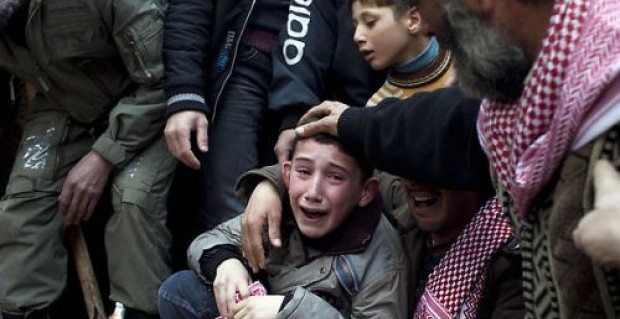 I normally write about Saudi but the situation is getting dire in an area that’s increasingly becoming a blind spot for the rest of the world. In Syria the death toll is 8,000 and growing and the refugee count has reached 34000. Yet instead of at least covering what’s going on, there’s been a trend to sensationalize the Asaads and even question the opposition’s integrity. Yes maybe out of desperation some Syrians have acted or scripted their videos but that does not change the fact that they are desperate and fighting for their lives against a ruthless regime. Long before the Arab Spring, it was common knowledge, even a fact of life, that Syria has a cruel oppressive government. The worst that Saddam’s Iraq did, was inspired by what Asaad’s Syria did years before.

The thing is, this is not only a humanitarian crisis, it’s a world peace cause. There’s a rhetoric within the Middle East that harks back to the same kind of demagoguery that created Al Qaeda. There are religious leaders all over the Middle East preaching about how something has to be done for Syria. Sheikh AlBraik here actually cries as he says that “there is a fateful Godly reason why victory has been delayed in Syria; so that our hearts may lose hope in the UN and the Security Council and we turn to God”. Another video by a highly popular Kuwaiti sheikh, Nabeel Al Oudhi, refers to the Prophet’s hadith that at the end of the world it is best to be a soldier in Syria. And here another extremely popular sheikh, Alarefe, recites a poem in support of the Syrian opposition and likens Asaad to the Quranic (and biblical) account of the pharaoh.

If the international community does not act soon, this stalemate will lead to a return to the Bush-era polarization of West vs. East. I know that the polarization has not completely gone away but what happened in Egypt and Libya and the rise of social media had things looking up. More and more young people had started to believe in a humane supportive one world regardless of ethnicity and religion. The world needs to stick to the same action plan of quick thinking, creativity and international cooperation that got us through Tunisia, Egypt, Libya and Yemen.

A whole year has passed of children being tortured and journalists targeted and killed. Cartoonists and poets have been disfigured and murdered. And nothing is done except talk.