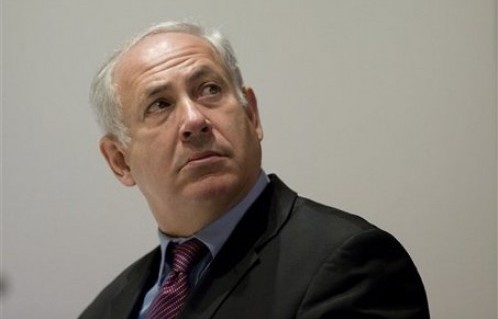 Israeli Prime Minister Benjamin Netanyahu’s response to the Hamas-Fatah deal in Cairo was both swift and predictable. “The Palestinian Authority must choose either peace with Israel or peace with Hamas. There is no possibility for peace with both,”he said, in a televised speech shortly after the Palestinian political rivals reached a reconciliation agreement under Egyptian sponsorship on April 27.

Despite numerous past attempts to undercut Mahmoud Abbas, stall peace talks, and derail Israel’s commitment to previous agreements, Netanyahu and his rightwing government are now arguing that Palestinians are solely responsible for the demise of the illusory ‘peace process’. Israeli bulldozers will continue to carve up the hapless West Bank to make room for more illegal settlements, but this time their excuse may not be ‘natural expansion’. The justification might instead be Israel has no partner. US and other media will merrily repeat the dreadful logic, and Palestinians will, as usual, be chastised.

But frankly, at this juncture of Middle East history, Israel is almost negligible. It no longer has a transformative influence in the region. When the Arab people began revolting, a new dimension to the Arab-Israeli conflict emerged. As the chants in Cairo’s Tahrir Square began to adopt a pan-Arab and pro-Palestinian language, it became obvious that Egypt would soon venture outside the political confines of Washington’s patronizing labels, which divide the Arabs into moderates (good) and radicals (bad).

A day after the handshakes exchanged by chief Fatah representative, Azzam al-Ahmed, and Hamas’s leaders, Damascus-based Dr. Moussa Abu Marzoug and Gaza-based Mahmoud Al Zahar, the forces behind the agreement in Cairo became apparent. While Israeli leaders used the only language they know for these situations – that of threats, intimidation and ultimatums – the US response was flat, confused, and extraneous.

Aside from the outmoded nature of US officials’ remarks, the focus was largely placed on the only leverage the US has over Abbas and its Fatah allies. Jennifer Rubin wrote in her Washington Post blog on April 29: “The Obama administration is reluctant to articulate clearly a position that if a Hamas-Fatah unity government emerges as Mahmoud Abbas has been describing, the U.S. will cut off aid.”

The temporary reluctance is not pervading, however. “Congress is an entirely different matter,” Rubin wrote, quoting an angry, unnamed official: “The only acceptable answers (to whether the US should fund the new Palestinian government) for most Americans would be no or hell no.”

But how effective will such financial arm-twisting be, especially with the possibility of other donor countries following suit? If the question had been asked prior to the Arab Spring – and the Egyptian revolution in particular – the answer would have been marred by uncertainty. A whole class of Palestinian politicians had arranged their stances almost exclusively around funding issues.

What really allowed Israel and the US to control the outcome of political events, even internal Palestinian affairs, was the lack of any real political balance surrounding this conflict. The US and its allies defined the will of the ‘international community’, and the region was trapped in Washington’s – and Tel Aviv’s – political designations of friends and enemies. It was a political stalemate par excellence, and only Israel benefited.

This analysis is not merely relevant to recent events. The greatest Israeli gain of the Camp David agreement (1979) was not of bringing peace to the region – for no regional peace truly followed. It was the total marginalization of Egypt as a powerful Arab party from virtually all Arab affairs of concern to Israel. The absence of Egypt in the process made it possible for Israel to repeatedly attack Lebanon, and also to further its colonization and destruction of the occupied territories.

Now Egypt is back – not merely in terms of a return to the ‘Arab fold’ – but as the party that will increasingly define the new Arab reality. The signing of the Hamas-Fatah deal may have come as a surprise in terms of media coverage, but it was really a predictable consequence in a chain of events that signaled the remaking of a region. Now the Middle East is spearheaded by a powerful Arab country, secure enough to reach out to multiple partners – other Arab countries, as well as Iran, Turkey and others.

Not only did both Turkey welcome the deal, it was also one of the main sponsors of the Palestinian rapprochement. Turkish Foreign Minister Ahmet Davutoglu has been instrumental in pushing for Palestinian unity. As for the Iranian position, Iranian Foreign Minister Ali Akbar Salehi hailed the “auspicious” agreement, which he described as “one of the achievements of the Egyptian revolution,” according to the Tehran Times (April 30).

The Israeli vision for the region was to keep it politically divided at any cost. Without such a division, Israel is likely to be on the defensive, and the US will be consumed in crisis management. A Palestinian unity in post-revolution Egypt, with the blessing of all Arab countries, Turkey, Iran, and many others, is an extremely worrying prospect for Israel. Of most concern is the rise of Egypt as a political party, one that is capable of making decisions on its own. Aside from sponsoring the unity agreement between Hamas and Fatah, without Israeli or US permission, Egypt’s new foreign minister, Nabil al-Arabi, also described the decision to seal off Gaza as “shameful”, and he promised to lift the siege (as reported by Aljazeera on April 29).

“Egypt is charting a new course in its foreign policy that has already begun shaking up the established order in the Middle East, planning to open the blockaded border with Gaza and normalizing relations with two of Israel and the West’s Islamist foes, Hamas and Iran,” wrote David D. Kirkpatrick in the New York Times (April 30). Such language was, at one time, unthinkable. Now, thanks to the will of the Egyptian and Arab peoples, it is likely to define the new Arab political discourse. Not even a fiery speech by a discredited Israeli Prime Minister could prevent this powerful paradigm shift.