New Labour Laws a Powerful Boost for the UAE Economy 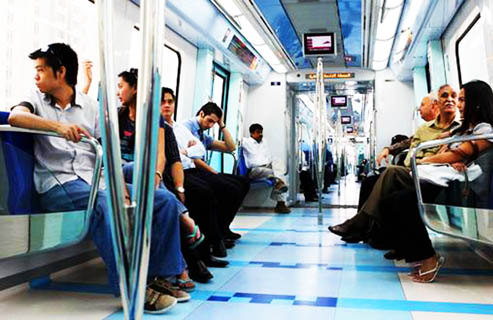 Very slowly countries across the GCC are relaxing their labour laws, and giving expatriates greater freedom of movement. In part this has been driven by the need to gain international acceptance, and conform to ILO guidelines. However, it has also been because of a growing realization that the present system benefits no one, and that competitive advantage, and greater economic dynamism, are just a few legal ammendments away.

So far the new labour laws affecting worker’s rights in the United Arab Emirates have come out in a drip feed – just enough to get you interested, but guaranteed to leave you wanting more detail. Given the laws are meant to come into force this month, you would have to hope that clarifications are just around the corner.

Clearly the new law introduces widespread and quite radical changes, and with the exception of the 15% quota for Emiratis, will boost the UAE’s productivity by getting one of the key drivers of the economy, its work force, into the places it’s needed more quickly and efficiently.

Limiting movement through arcane measures such as No Objection Letters,  and restrictive visas cost the UAE by denying its companies access to its local labour market. Kicking out individuals for six months after their visa had been canceled was pure economic destruction.

So far no official document has been released, rather we have had comments and interviews with Labour ministry officials. This is what we have been told so far:

1. The government is pushing much harder for Emiratisation with 15% being the key figure. So far reports have said “all companies” must abide by the figure, although we want the words – inside and outside of free zones, and all size of companies, and at all levels of seniority before we can begin to assess the ramifications of this.

Employing locals is the right thing to do, however not if they will cost more than hiring an expatriate. That will just make the UAE inefficient, and uncompetitive regionally.

2. A minimum wage has been introduced. According to new labour laws, employees under skilled class level 1 (those with a Bachelor’s degree) should earn a minimum Dh12,000 a month. Diploma holders, who come under skilled class level II, should earn not less than Dh7,000 and workers who have passed high school should be paid a minimum salary of Dh5,000. This seems to be for all employees, regardless of nationality.

3. Not less than 20% of a company’s work force should be Level 1 employees earning a minimum of AED 12,000 monthly. How this works for big construction or transportation companies remains to be seen.

4. Your work visa is being reduced to two years – which is good news for the employee, as it means you can change jobs sooner. People who have a university degree and in management positions are able to move companies without a no objection letter. Those in employment at lower scales do not need the NOC if they have finished their two years in employment.

5. Teenagers between 16 and 18 would now legally be able to work part-time jobs, though they would be highly regulated.

6. Expats with permits sponsored by a full-time employer will now also be able to work a second part-time job.

7. Part time work will be allowed, something that will particularly affect housewives (or husbands) looking to earn extra income.

9. Visa registration fees are being reduced.

After the changes take affect the UAE will begin to function in the way any normal developed economy does, with one big caveat: the Emiratisation programme.

While no one wants to see unemployed locals, no business – local or international – wants to employ people simply by dint of their nationality.

Neither do they want to pay more for people with less skills – as will undoubtedly happen given the finite pool of Emiratis.

Where there is limited supply, and high demand – costs go up.

The UAE will undoubtedly give its economy wind in its sails with the new labour laws. It would be a shame if at the same time it released the latent energy of its economy, it shot a hole through the floor of the Abra.