Morsi’s Victory: But At What Cost to Egypt’s Future? 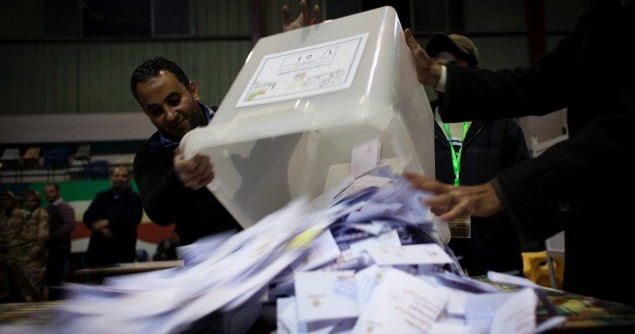 The Egyptian electoral commission on Tuesday signed off on the constitutional referendum, declaring that the country’s guiding legal framework had received a little over 63 percent of the vote. (It only got 56% in the first of two rounds, when the leftist, liberal and centrist opposition thought they had some chance of blocking it, but likely they did not so much bother to come out for the second round, which was conducted in more rural and conservative governorates. The overall turnout was a low 33%). The administrative court concurred.

The constitution is controversial because it was crafted by a constituent assembly with a religious, conservative majority and fundamentalists managed to insert wording that deliberately undermined civil liberties in favor of religious regimentation. On the surface, the constitution provides many liberties, but they are all made dependent on Sunni Muslim sharia or canon law, which can be used to take them back away.

Many in the left, liberal and centrist opposition pledged to work to repeal the articles of the charter to which they objected. But Amr Moussa, a leader of the anti-Morsi Council for National Salvation, proposed a truce between the opposition and fundamentalist President Muhammad Morsi, so as to allow the country to step back from its current extreme polarization. He asked Morsi to appoint a national unity government, putting members of the opposition in his cabinet. He also proposed postponing parliamentary elections for six months (presumably in order both to allow tempers to cool and to permit leftists, liberals and centrists time to organize to contest them).

Morsi in the meantime appointed 90 members to the 180-member upper house of parliament (the other 90 members had been elected in fall, 2011). Half of the members of this body are elected, and half appointed. Since Muslim fundamentalists dominated the elections last year this time, Morsi attempted to foster some good will by appointing many liberals this week, though the body is still dominated by Morsi’s allies.

By the newly passed constitution, the upper house of parliament now becomes Egypt’s legislature until the new lower house is elected in late February. One of the Assembly of Delegates’ duties will be to pass enabling legislation for 48 articles of the slapdash constitution that specify that statute is necessary to supplement the article. Another duty will be to set up hundreds of councils and commissions called for by the constitution, many of them duplicating already-existing councils and commissions.

This transition to a new legislative body is important because the Egyptian high court dissolved the elected lower house of parliament last June, because of electoral irregularities, and since then Egypt has had no proper legislative branch. It has, however, had several would-be legislators.

Just before Morsi was declared the winner late last June, the Egyptian officer corps declared that *it* would function as Egypt’s legislature until a new one was elected.

In mid-August, President Morsi issued an executive order abrogating that military prerogative, and he made several high-ranking generals retire from the Supreme Council of the Armed Forces (SCAF). He then promoted several more junior generals in their place, presumably having secured their agreement to go back to the barracks and cease interfering in civil politics.

After Morsi tried to put the military in its place, he more or less combined in himself the executive and legislative branches. In mid-November, he made this prerogative explicit, declaring his executive orders above judicial review.

Morsi and his Muslim Brotherhood circle feared that Mubarak holdovers in both the judiciary and the officer corps were planning to roll back further what they saw as the electoral achievements of the post-Mubarak period, which had ensconced the Muslim Brotherhood in power, and to steal from the Brotherhood its chance to shape post-revolution Egypt.

Morsi’s ‘constitutional decree’ had the desired effect, of forestalling a judicial coup, but it backfired in alarming about half the country that in placing himself above the judiciary he was seeking to become a dictator. The judiciary is still largely on strike, and most judges refused to help oversee the referendum on the constitution, which the fundamentalist majority had hastily finished up once Morsi provoked the crisis.

Morsi was forced to back down on his new powers, and to pledge that once the constitution was passed, his constitutional decree would lapse.

It has now lapsed.

Despite the turmoil and mobilization provoked by his November 22 announcement, Morsi on the surface has won most of his goals. The army has not come back as legislature, and it has now been permanently supplanted in that role, first today by the upper house of the Assembly of Deputies, and then in a couple of months by the new elected parliament. The constituent assembly was not dissolved, as it likely was on the verge of being, and it was goosed into producing a constitution that has now become the law of the land. It is difficult to see what the Mubarak-appointed judges can any longer do about this, once they come back from their strike.

Most important, Morsi survived a popular challenge to his presidency, and he is in a position to continue to push for the policies of the Muslim Brotherhood, which functioned as his in-house national gang. The hastily-assembled constitution has tricky contradictions that over time can be deployed to impose a fundamentalist reading of Islamic law and practice on an Egypt so far characterized by a diversity of religious observance–from secularists and leftists, to traditionalists, to Sufis and just people not very interested in religion.

The legitimacy of the new constitution and of the state that will be founded on it, however, has been brought permanently into question. Morsi’s hamfisted way of proceeding has robbed Egypt of hope for stability in the near to medium term.

Egypt is deeply polarized, and there has been blood in the streets in Cairo and Alexandria. The Muslim Brotherhood has moved from a cadre organization to providing street thugs to attack leftist demonstrators, in a haunting evocation of what happened in revolutionary Iran in the early 1980s.

Still, with regard to power dynamics, Morsi has won.

Short of a military coup (which no one but the holdovers of the old regime wanted) or another mass revolution (hard to organize twice in a row in the space of a couple of years), the only course of action open to Morsi’s many critics now is to contest vigorously the February parliamentary elections and to work over the coming years to repeal the articles in the constitution to which they object. In short, they are now in a position similar to that of American liberals in the 1920s who wanted to repeal the 1921 18th Amendment to the Constitution, which made the sale and distribution of alcohol illegal. (To be clear, Morsi and his Brotherhood-based Freedom and Justice Party probably will not go so far as to forbid alcohol in Egypt, but have signalled that they will place heavy sin taxes on it).

The danger going forward is that large swathes of society will forgo electoral politics to engage in civil disobedience to protest fundamentalist or right wing elements of this constitution. For instance, the text allows labor unions and collective bargaining, but forbids more than one union for each trade. Depending on how the courts interpret this article, many workers could feel disenfranchised by being herded into an official union they don’t like. In turn, the 3000 strikes staged in the zeroes could be outstripped in this decade.

The language of the new constitution, which is crafted to as to allow prosecution of individuals for actions that are immoral under Islamic canon law but not necessarily illegal under civil law (i.e. consensual sex among single adults) contains the most severe dangers to Egyptian tourism, one of the country’s few sources of wealth. The country’s tourism industry is clearly terrified of this constitution and its implications for the sector. Tourism is way off because of the turmoil over the constitution, and Egypt’s economic woes are growing