‘Legal Thievery’: The Bill That All Palestinians Fear 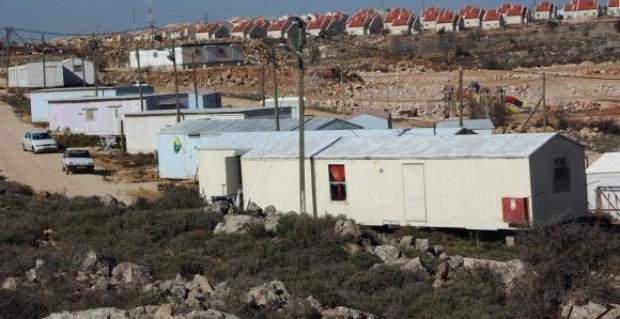 A day before prime minister Benjamin Netanyahu left Israel for his North American diplomatic tour, a Knesset minister pulled a bill from that would have sanctioned mass expropriation of Palestinian land in the West Bank. The bill allows for settlers to confiscate land, illegally, in order to establish an outpost, so long as the Palestinian owners are compensated.

The legislation was introduced to Knesset as a solution to the row over Migron, an illegal outpost that was marked for eviction at the end of this month. But Migron no longer faces demolition. The Israeli government intervened, violating an order from the high court,  reaching a deal just days after Netanyahu arrived in the U.S.

The proposal, if passed, would have implicated more settlements than Migron; all illegal outposts, under the bill, would have access to become legal. The bill would have also allowed settlers to legally steal Palestinian land at a future date.

Meanwhile, illegal settlements are continuously constructed without much recourse.  For example, Migron was demolished in 2011, but the settlers quickly re-built the outpost. And certainly no one was taken to jail for trying to steal Palestinian property.

When new outposts like Migron are built illegally, instead of “legally,” Netanyahu is shielded from political controversy; the prime minister is safe from American pressure to stop new settlement construction, and the settlers whose political parties helped get the prime minister in office can continue to do as they please.

During Netanyahu’s visit, U.S. officials did not speak publicly on the increased number of settlements in the West Bank. The conversation was all about Iran. Yet Netanyahu consistently violates the U.S.’s demand for a settlement freeze on new  construction (in 2010 the U.S. gave-up demands for a moratorium on settlement expansion). The Migron case, in part, explains Israel’s political protection, despite a decade of unprecedented settlement growth.