“Kefayeh, We Have Had Enough”: On Why It’s Right NOT To Talk 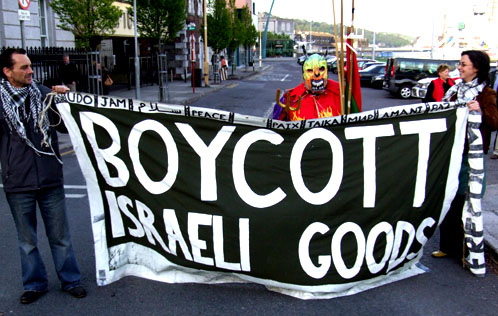 In the Spring of 2010, just months after our founding, Columbia Students for Justice in Palestine (C-SJP) officially endorsed the anti-normalization document drafted by Palestinian Youth Against Normalization. The statement, written by Palestinian students from the West Bank, Gaza, inside Israel and in diaspora, rejects normalization “on all levels…economic, political, cultural and institutional,” because it serves to “legitimize Israel’s oppression of the Palestinian people by giving the appearance of normalcy to the relationship between oppressor and oppressed.”

Normalization includes participating in any project designed to bring together Palestinian and/or Arab youth with Zionists that “is not explicitly designed to resist or expose the occupation and all forms of discrimination and oppression inflicted upon the Palestinian people.”

During the time of our endorsement, many of Columbia SJP’s members were not new to the world of Palestine activism; most of us had seen (or regrettably participated in) normalization practices to our exhaustion and recognized normalization wherever it made its obstinate appearance. Signing onto this statement seemed a commonsensical and appropriate measure of solidarity with our Palestinian brothers and sisters living under Israeli occupation. After years of struggle with normalization, it felt liberating to come out of the closet. We were not going to normalize and we weren’t afraid to say it.

Little did we know our declaration would cause such a fuss; it turned out some people didn’t like our anti-normalization policy. It offended Zionists who felt entitled to “dialogue,” and even some well-intentioned non-Zionists who found it appealing to make it their mission to bring Palestine solidarity and Zionist groups together. The idea that a Palestine group would reject dialogue with a Zionist group seemed “uncivilized,” “primitive,” “cowardly,” “unconstructive,” “silencing,” neglecting of “complexity,” and so on. Hillel groups set up a table on campus at one of our events with signs that said “C-SJP Rejects ‘Normalization’” and “We’re ready to talk, are you?” We had hit a nerve, but why? What was so threatening about the rejection of dialogue, discussion and the slew of “let’s work together” event proposals we’ve been presented with over the years: eating falafel together, smoking hookah together, dance-offs, Frisbee games, etc.?

The barrage of harassment didn’t stop there. It permeated multiple layers of my personal life. For the past several years, a few Zionists I went to high school with (that bullied me for my political beliefs) contacted me relentlessly. For years, I received messages every few weeks to months (from various email accounts) that would hobble back and forth between calling me anti-Semitic for criticizing Israeli policies, to pleading for a friendly discussion over coffee. I was amazed; they were absolutely relentless despite my unwillingness to engage with them. I imagined it was like a racist or homophobe having a black or gay friend; have one and they feel better about their bigoted politics. Dialogue with them and they can pat themselves on the back for being civilized enough to talk things out.

Why it so important for Zionists to reach out to Palestinians, and not the other way around? It’s simple: Zionists gain everything from normalization and we lose all. Normalization asks Palestinians to face their occupiers (or those that actively support them) and to afford them a level of respect beyond cordiality; it asks us to accept the humanity and dignity of those who prevent us from being able to realize our own.

The myth that what has unfolded in historic Palestine is a war, conflict, irreparable hatred, the result of some religious/cultural discord, etc. is deeply lodged into the minds of many in this country. Palestine solidarity activists must work overtime to deconstruct these myths. If our time and energy is valuable to us, it can’t be wasted on working with Zionists. Racism and colonialism are not up for discussion. We cannot address ourselves to an audience actively working toward goals that are oppositional to ours.

Of course, even if Zionists understand why we are not interested in dialogue, it services them to keep up the façade that they are the civilized ones. That amount of self-delusion doesn’t bother me; I have grown accustomed to it. What I did find disturbing in the aftermath of our endorsement, however, was that some non-Zionist students were actually confused. An anti-normalization stance does little to address the problem of how to make the issue of normalization easily understood to a general audience.

While going for a walk with fellow SJP members, frustrated by yet another mischaracterization of our anti-normalization policy, I remembered reading Ethan Heitner’s comics on Palestine and immediately wrote to him asking for help creating a cartoon on normalization. I had no idea where to start. I emailed Palestine activists about their experiences, I read the work of Arab political cartoonists on normalization and I mulled over ideas.

When I sat down with Ethan to come up with a proposal, years of  trauma filled pages of his notebook as I recounted memories: degrading comments, inequitable treatment by administrators, Zionists dressing up like Palestinians to mock them, being asked to dialogue over and over again only to be treated like I was less than human. All the emotions from these experiences were compounded by the fact that I unwittingly participated in normalization just days before – I engaged with members of pro-Israel groups on campus during an event – and it was just too much for me. I felt devastated, like I had put myself on display and betrayed many years of experience. This process became our story; the comic didn’t need to be creative fiction; the truth was jarring, ridiculous and universal enough. I wrote out a script while Ethan offered me words of encouragement at the coffee shop.

It wasn’t easy to translate moments of painful vulnerability into a comic for mass-distribution, but it became one of my life’s most important projects. When I reflect on my past relationship with the charade of civility otherwise known as normalization, it is no longer with feelings of disgust, anxiety, humiliation and anger. I’m relieved to find that these once-painful events have turned into moments of immeasurable empowerment. I’ve assigned my experiences to paper, to be released into the world and shared in hopes that other Palestinians and solidarity activists can say with me: kefayeh, we’ve had enough.