Jordan Law: ‘Carrot and Stick’ For Donkeys Not People 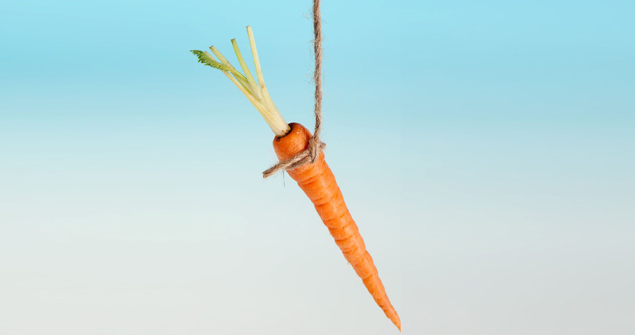 Jordan has always had a casual relationship when it comes to the application of the law, and both the state and the people have always found ways to undermine laws when needed. Right now, while the government and its parliament decide on what new laws should be enacted or old laws amended, the people are at the mercy of a system that is, at best, haphazard. You have civilians being tried in military court, with the actions of activists being painted by the judiciary as bordering on terrorism, and then you have law and order being applied arbitrarily by the security forces. The picture being painted of the state of law in order in Jordan is that of a justice system (which has never been anywhere near independent) reacting to the status quo the same way the rest of the state is: putting out fires.

Police Chief Gen. Hussein Majali has been keen on calling this policy one of “soft containment” in an effort to paint a contrast between Jordanian security services and Arab regimes of a lower denominator. But, in reality, it’s closer to appeasement. What seems obvious to me is that the application of the law has become part of a vicious cycle of deep-seeded violence that has been brewing in various communities, cities, and towns throughout the entire country. What seems obvious to me, is that appeasement has worked no better in controlling affairs than the iron fist policy undertaken by countries like Syria. The Jordanian state has attempted to tread a line some where in the middle – between the carrot and the stick. It is a policy of confusion whereby the application of the law is erratic.

The recent events in Salt are a testament to this.

The way it played out in the media was as follows: some residents began protesting the way the police were handling a murder investigation, which involved searching various homes for a suspect. Protests quickly turned to riots and the destruction of public property, and the police then called in the (take-no-shit) Gendarmerie forces to take control of the situation. Now whether those who were rioting did so in an effort to hide a murder suspect or as a serious sign of protest to the way the police were handling the investigation, is another story. What we do know is that the Gendarmerie forces beat up a 17 year old kid coming home from the supermarket. The police later claimed that he was part of a 40-member gang that was approaching a police station to attack it, and Gendarmerie forces reacted in an attempt to protect the police officers inside. For good effect, some of the 40 were supposedly Salafis. The police then round up a bunch of people, and allegedly beat them up during their detention before letting them go.

In the Irbid village of Al Sarih, during the same week, young rioters took to blocking main roads, throwing stones at cars, damaging traffic lights and attempting to intercept the prime minister’s motorcade, all to demand the release of their family member, a supposed activist. Citizens reported the incidents to the police who never showed up, and this was only a day after a press conference that had Majali saying they wouldn’t be “tolerating” any acts of violence or vandalism. This week, also in Irbid, three individuals got in to a fight with members of the Civil Defence, were taken in to custody at the local police department, before dozens of their tribe members showed up with sticks and stones to attack the building. They were subsequently let go.

All this took place in less than one week.

The examples seem endless. It’s something we’ve seen over and over again, especially in the past year or two. People who are rounded up and detained tend to claim being beaten with no oversight or investigations of police action, and at the same time, those rounded up are then let go without an explanation of why they were detained in the first place. Meanwhile, others are tried as civilians in a military court. Simultaneously, you have a population, which is largely under the impression that by merely coming together as a mob and setting fire to buildings, or blocking roads, they’ll be able to achieve their goals, much of which center on releasing family members from custody, be they guilty or not. And the security apparatus i.e. the state, encourage these impressions with a policy that is based purely on appeasement – and appeasing a specific demographic considered to be the base of support for the state.

There is a randomness to all this that makes me believe law and order is now based almost entirely on the reaction of the community, and the extent to which the justice system is interested in putting out fires or applying the law. Carrot or stick. This randomness is undoubtedly a contributing factor in the growing sporadic bursts of violence. It is an ongoing cycle of unfair policies, lack of oversight, and the state’s arbitrary application of the law, which depends completely on its own self-interest rather than the general welfare of the public. And yes, a state that takes the decision to apply the law (or not) on a criminal based on their tribal klout score, is doing so out of self-interest.

But it’s a cycle that feeds into itself – if members of a tribe, or any group for that matter, burn a building to get a relative released, and that approach works, then another does it, and another, and another. We saw this play out several times over the past two years, most notably with the reaction to the amended Municipalities Law in September 2011, where mobs shut down roads in order to hold the government hostage. Meanwhile, the selective practice of appeasement by the state-controlled security apparatus only encourages people to demand more, and grow increasingly violent with their demands. And in the process, the rule of law is slowly eroded. Groups feel they are above the law, and once they’re up there, getting things back to normal will require a crackdown.

There has perhaps never been a more important time in Jordanian history for the law to reign. And when I say this I mean the application of the law in a just manner. If someone breaks it, be they a rioter burning a building, or a police officer beating up a rioter, then they need to be both held accountable for breaking the law. The story should not be judged based on where one stands on societal demands, tribal powers, reform protests or anything else, but rather where we, as a people, stand when it comes to the law.

Appeasing one group and not another, launching an investigation in to one crime and not another, allowing for nepotism, and the pulling of strings in some cases and not others – all of this spells only disaster. If it’s one thing that’s needed desperately right now it’s the ability of the state to instill a sense of social justice, which has largely been missing from the public landscape for years and years. The feeling that one person, group or demographic is treated differently depending on where they’re from, who they are or who they know – is at the heart of problems that plague even the likes of an election law.

While the police and the state may pride themselves on demonstrating much more “self control” than other Arab countries (i.e. beating up fewer people), what is needed isn’t a “policy” of “soft containment”, but rather a policy of simply applying the law. Carrots and sticks may work for donkeys, but complex populations need law and order, social justice, fairness, and equality. No more, and no less. Between the carrot and the stick, I choose the law. Give me neither appeasement based on my tribal origin, or an iron fist based on my politics. Just the law please.